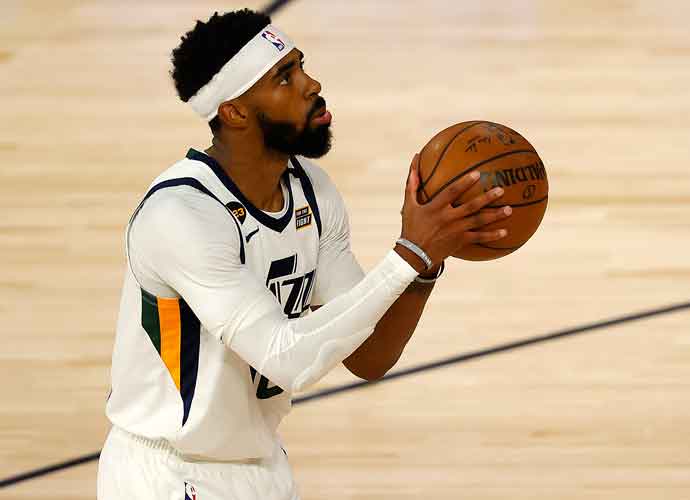 LAKE BUENA VISTA, FLORIDA - AUGUST 25: Mike Conley #10 of the Utah Jazz shoots the ball during the third quarter against the Denver Nuggets in Game Five of the Western Conference First Round during the 2020 NBA Playoffs at The Field House at ESPN Wide World Of Sports Complex on August 25, 2020 in Lake Buena Vista, Florida.

It is a common aspect of game sevens that players tend to tighten up, and there end up being rock fights. While, on the surface, one could guess that that would be the case again on Tuesday, this Nuggets-Jazz series was anything but normal. Both teams have basically been defensive atrocities. The totals have been routinely above 110 points each with Nuggets guard Jamal Murray and Jazz guard Donavan Mitchell became the fourth and fifth players in NBA history to score 50 points twice in the same series. But instead of resembling the shootout that the rest of the series has been, game seven ended with a final score of 80-78 with Denver barely clinging on when Jazz guard Mike Conley‘s buzzer-beating three rolled in and out.

The Nuggets will go on to face the Los Angeles Clippers, a series that they are big underdogs in.

“A lot of teams would have just given in, especially when you consider we’ve been here 57 days away from our families,” Nuggets coach Michael Malone said.  While this is a big victory for the organization, this next series against the Clippers will be an uphill battle.

The Jazz are the first team to blow a three-to-one series lead since the 2016 Warriors. While that seems like a devastating series loss, Utah’s coach Quin Snyder looked at it differently. “What I remember about tonight, we were dead in the water in the first half and weren’t playing well in a lot of ways,” Snyder said. “Our group just kept grinding and kept competing. That to me is as significant as anything that happened in the game.”