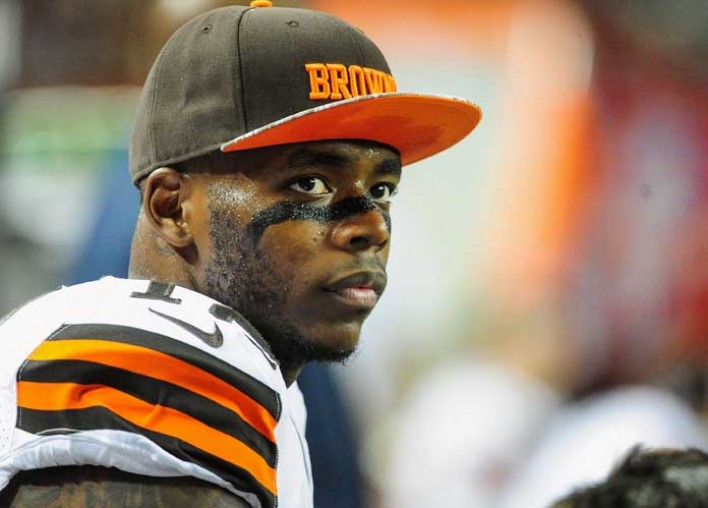 ATLANTA, GA - NOVEMBER 23: Josh Gordon #12 of the Cleveland Browns stands on the sideliens in the first half against the Atlanta Falcons at Georgia Dome on November 23, 2014 in Atlanta, Georgia. (Photo by Scott Cunningham/Getty Images)

Another year, another season of Belichick and co. upending the fluidity of the NFL, disregarding the hopes of fans across the other 31 teams, setting it ablaze as they look onward with stoic satisfaction. A 2019 fifth-round pick has been sent to Cleveland for the 27-year-old wideout, who is expected to play this week vs. the Lions on Sunday Night. His hamstring, injured during a photoshoot, came back clear after an MRI, according to NFL Network’s Ian Rappoport. An additional seventh-round pick will be sent to the Patriots in the event that Gordon fails to play ten of the 14 games left of the regular season.

The move follows the narrative of the Patriots’ ambitious acquisitions of talent and blossoming them, targeting efficient trades and signees who can benefit them at a low-cost. ESPN’s Josina Anderson reported that New England was one of “eight to ten” teams that inquired about the talented pass-catcher. Interest was garnered after the team announced they would release him on Saturday.

The Patriots have now made twenty-eight trades involving a wide receiver since March.

The addition unquestionably bolsters New England’s claim as Superbowl favorites, revitalizing (again) an offensive force in the AFC in the midst of another NFL season.

For now, the team is on to Detroit.