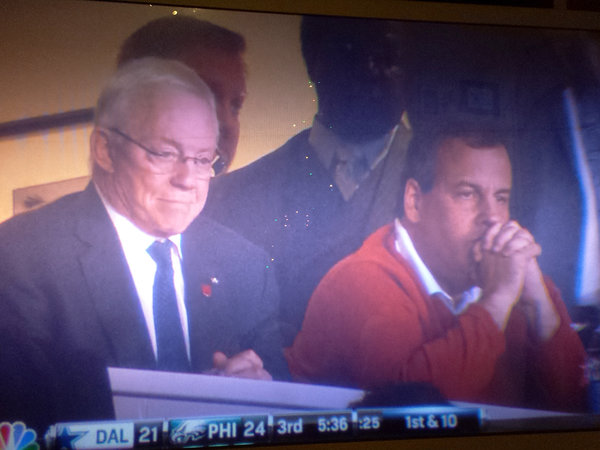 Chris Christie is not only New Jersey’s governor and a hopeful for the Republican presidential nomination in 2016– he’s a big sports fan. How big of a sports fan? Enough to spend $82,594 in concessions at MetLife Stadium, apparently.

A report by the New Jersey Watchdog says Christie used up a large amount of his state allowance at Giants and Jets games in 2010 and 2011. The $82,594 spent on concessions came on 58 separate debit card transactions. If you’d figure Christie went to all eight home games for both teams those two seasons,  the math suggests he spent over $2,500 a game on food and drinks.

The two seasons under the microscope came before Christie’s weight loss surgery and it’s unknown whether his gameday bills went down like his grocery bills did. It’s also unknown how many times he showed up at MetLife Stadium in recent years given the fact he’s been seen with Jerry Jones at AT&T Stadium quite often to support his favorite Cowboys in the owner’s box. Either way, it looks like a trip to the game is one pricy affair for the governor.