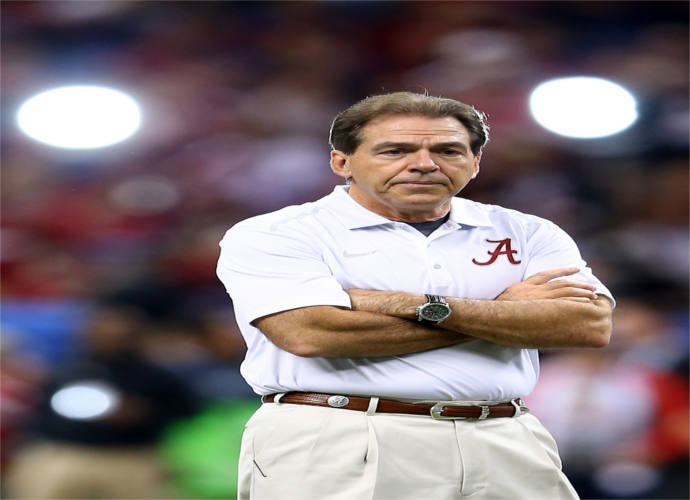 It’s all but officially confirmed that Alabama defensive coordinator Kirby Smart will be the next head coach of the University of Georgia. Crimson Tide coach Nick Saban is in no place to confirm those reports and, even if he could, isn’t too happy to answer questions about them.

When asked about the rumors on Wednesday, Saban went as far as directing the questions to his Coke bottle, explaining that neither of the could say anything meaningful on the topic. “Don’t ask me any more questions about that,” he told the assembled media. “I don’t have anything else to say about it. I know you would like in some way to extract something out of this bottle. That’s not there. You all speculate and create things and then want people to respond to it. Get this bottle to respond to it cause I don’t know anything more than that.”

Beyond that aside, Saban was rather complimentary of Smart. “Kirby has done an outstanding job here for us,” he said. “He’s worked really hard to do a great job with our defense for nine years now. I think the guy would, and I’ve said this many times before, do a great job as a head coach.”

Read more about:
Kirby Smart Nick Saban University of Alabama Crimson Tide
Listen to the uInterview Podcast!
Get the most-revealing celebrity conversations with the uInterview podcast!