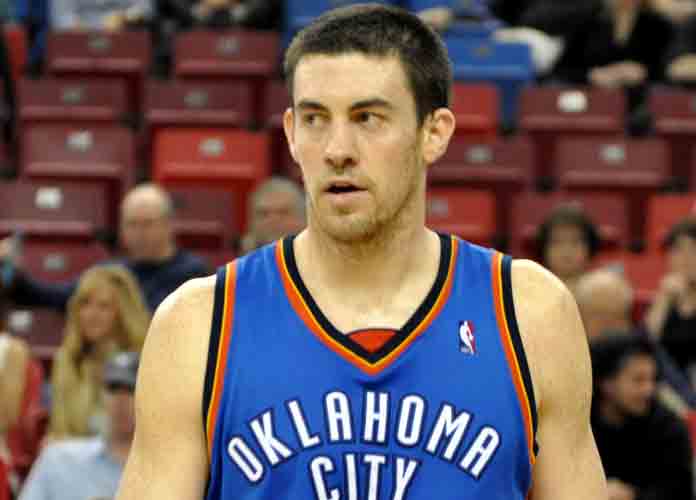 Nick Collison was one of the most important parts of those early 2010s Oklahoma City Thunder teams that routinely made deep runs in the NBA playoffs. That didn’t mean he was an All-Star. His true value showed in maintaining a locker room for a team filled with budding young stars in Kevin Durant, Russell Westbrook and James Harden and leading the team through the relocation process. It thus came as no surprise when the Thunder announced they’d retire Collison’s No. 4 jersey.

Yet, when they retired it on Wednesday night, their first-ever jersey retirement as a franchise, Collison made headlines. He took the time to stress that even though Durant left the team on awful terms, the fans should be happy for the nine seasons they had with him. When asked about Durant giving him the nickname of “Mr. Thunder” and if he too would have his jersey retired, Collison responded with grace.

“It’s their decision to make, but I would certainly think so,” said Collison of Durant. “He’s meant a ton to Thunder basketball and spent a huge majority of his career here. A lot of these honors are just kind of what the team decides to do, and I think players are appreciative of them. I don’t get too worked up about it. I’ll let other people debate that, but to me, he’s a big part of what we did here.” It was that same mentality that made him so valuable to the franchise.

Even though he wasn’t scheduled to be in Oklahoma City at the time, Durant made sure to return for Collison’s ceremony.

Collison played his entire 14-year career with the Thunder. He was one of the last remaining Seattle Supersonics. Durant played one year on the West Coast as well. “Mr. Thunder” watched the wing develop into a superstar, win an MVP and eventually leave for the Golden State Warriors, who were coming off a record season.