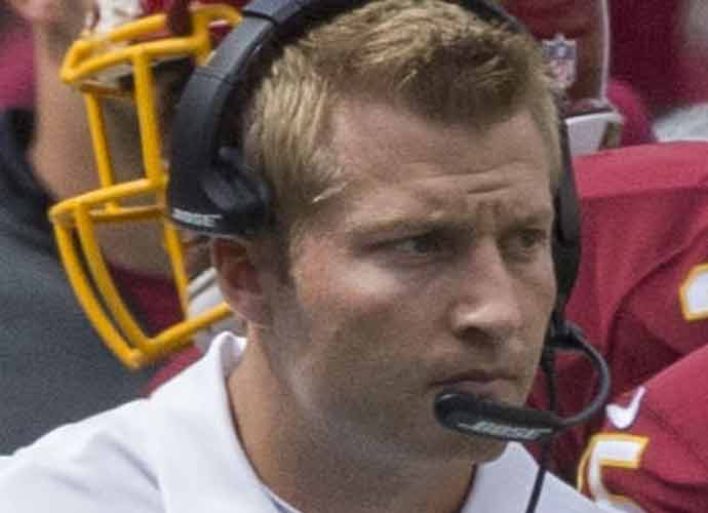 After an exciting slate of games during week one of the NFL season, the league sent out a memo to coaches reminding them of the penalties of not wearing masks properly on the sidelines. The memo reads, “local and state regulations requires all individuals with bench area access (including coaches and members of the club medical staff) to wear face coverings at all times. Failure to adhere to this requirement will result in accountability measures being imposed against offending individuals and/or clubs.”

From the memo NFL executive Troy Vincent sent to clubs this morning about proper use of face coverings in the bench area: pic.twitter.com/AijmnBLlhM

This felt like a stern reminder considering any fan watching on Sunday undoubtedly noticed coaches partially wearing their masks or having them completely pulled down. Rams’ coach Sean McVay, whose team won their opener against the Dallas Cowboys, admitted as much that the memo was probably pointed at him. “I figured that memo was directed at me. I’ve got to do a better job about that. So moving forward there will be a conscious effort to do that,” McVay told reporters Monday. When asked what he was going to do to improve, he promised to do better. “It’s a good question. I haven’t decided yet,” he said. “I might even try one of the gaiters or whatever. I don’t know. I just know I’ve been getting blasted all day about it, so I just love it. No, but you know, I will do better. I know I was definitely one of the main culprits of not following what the league wants and I will definitely be aware of that and do better next week.”