NFL Preview: Best Bets For The Return Of Football - uSports.org 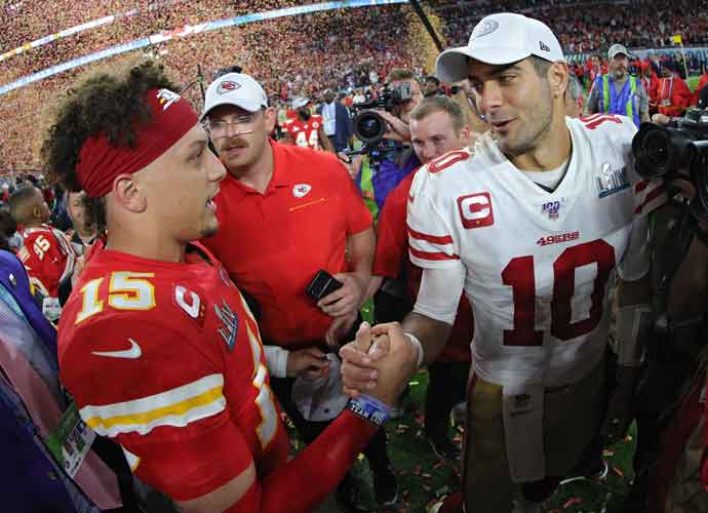 NFL Preview: Best Bets For The Return Of Football

With the 2020 NFL season ready to kick-off Thursday on NBC at 8:20 with Super Bowl 54 MVP Patrick Mahomes and the nine-and-a-half point favorite Kansas City Chiefs taking on AFC rival Houston Texans, led by Deshaun Watson, there is still time for bettors to get their season-long futures in and get ahead of the oddsmakers.

This has undoubtedly been the strangest NFL offseason in league history with no preseason and limited training camps due to the COVID-19 pandemic. This strangeness is also likely to carry over into the regular season with no fans in attendance at least for the start of the regular season, and teams still having to install their systems on the fly. Factoring in those reasons plus some of the major moves of the offseason, I have some great bets to get in on before the season starts.

All odds are according to Fan Duel Sportsbook.

With the limited offseason training camps and on-field reps, continuity is going to be key. The teams that already understand their systems and schemes along with having a familiarity with their personnel are more likely to succeed early in the season. The Chiefs are returning 20 of 22 starters and will roll back the same world-beating offense headed by wunderkind Patrick Mahomes. With Mahomes missing two games last season with a dislocated knee cap and star receiver Tyreek Hill also being sidelined for a chunk of the regular season the Chiefs still managed to go 12-4, and I doubt there will be much regression.

Every year there is always a team that people begin to anoint as the newest playoff contender in their division that can really make some noise this year, and the team ends up crashing and burning – e.g. the 2019 Cleveland Browns. I am going to bet against that happening with the Arizona Cardinals, who have become a popular pick to be this year’s surprise team behind second-year QB Kyler Murray, who has a new elite pass-catching target in DeAndre Hopkins.  I am part of that train as well, but I do recognize that I need to find a replacement for the overhyped team of the year, and I think I know what direction I am going.

Buffalo bills No to make the playoffs (+144)

Although it is not reflected in the betting world with their wins over-under at 8.5, I think that team will be the Buffalo Bills this year. Many are looking at them to take the Patriot’s long-held AFC East crown and become real contenders in the AFC. The Bills do have one of the most talented rosters in the league, with their offseason splash of adding star receiver Stefon Diggs, but unfortunately for them, Josh Allen is their quarterback. There is always a chance for a jump with Allen, but he has not shown many elite skills for the quarterback position besides his mobility which makes him a more popular Taysom Hill.

I hold no responsibility if you follow this advice and you end up losing money, but these are just a few of the hundreds of awesome bets out there. I encourage you to check them out and find your favorites. After the longest offseason ever for more than one reason, football is back.