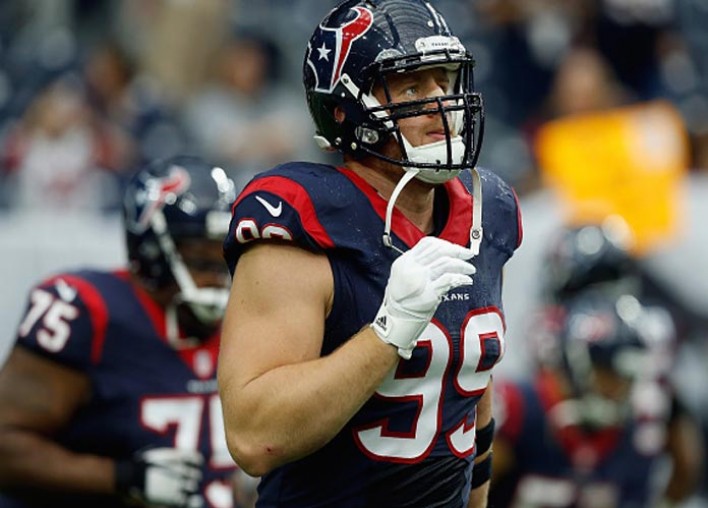 HOUSTON, TX - JANUARY 09: J.J. Watt #99 of the Houston Texans warms up before playing against the Kansas City Chiefs during the AFC Wild Card Playoff game at NRG Stadium on January 9, 2016 in Houston, Texas.

The NFL’s new Collective Bargaining Agreement (CBA) has been accepted by NFL owners on Thursday, sending the vote to the players. All 32 owners met in New York City to vote, with three-fourths needed for approval. Although the vote was not unanimous, it had enough support to pass.

The league released a statement saying the following: “Following more than ten months of intensive and thorough negotiations the NFL Players and clubs have jointly developed a comprehensive set of new and revised terms that will transform the future of the game, provide for players – past, present, and future – both on and off the field, and ensure that the NFL’s second century is even better and more exciting for the fans.”

The NFLPA released a memo stating a few proposals that players reps and the union’s executive council will weigh in on:

Sources have said that the proposed CBA would allow the league to expand the regular season from 16 games to 17 and one concession is that the preseason will be shortened.

Houston Texans defensive end J.J. Watt took to Twitter to weigh in on the proposal, citing his disappointment.

Hard no on that proposed CBA.

Other players have echoed Watts in his disapproval of the CBA.

Leadership! I am with you! Please communicate with your team rep. https://t.co/JucZbwqoa2

I disagree with the 17 games

With players already voicing their disapproval, it seems this proposal may not last very long unless some changes are made.