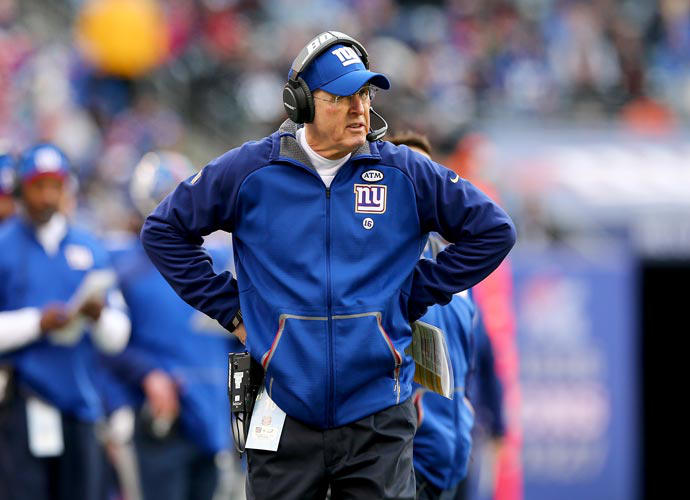 EAST RUTHERFORD, NJ - JANUARY 03: Head coach Tom Coughlin of the New York Giants reacts in the first half against the Philadelphia Eagles during their game at MetLife Stadium on January 3, 2016 in East Rutherford, New Jersey. (Photo by Elsa/Getty Images)

Itching for the opportunity to remain in football after being forced out as New York Giants head coach, Tom Coughlin was granted his wish Wednesday.

Coughling, 70, will remain in the NFL and in New York after taking a position with the NFL’s football operations department, according to NFL insider, Jim Trotter.

The department is headed up by former Philadelphia Eagle Troy Vincent, the league’s Executive Vice President of Football Operations.

Vincent’s department deals with rules, officiating and communications with players and coaches about the game on the field.

Known for his stringently regimented schedule, Coughlin should be a good fit for his new role.

Coughlin made it clear to Peter KIng he was still interested in coaching when he announced his resignation from the GIants. King and the two-time Super Bowl champ discussed the possibility of a return to the sidelines for Coughlin on TheMMQB.com back in May.

“I’ve coached 47 years of my life. You take that away and that’s not an easy thing to duplicate,” Coughlin told King. “It’ll take two to tango. The 70-year-old-man stuff will be a factor, and I’m sure they’ll know this would be a three- or four-year thing.”

When one door closes, another opens.