NFL Experimenting With Facemasks Made Of N95 Material - uSports.org 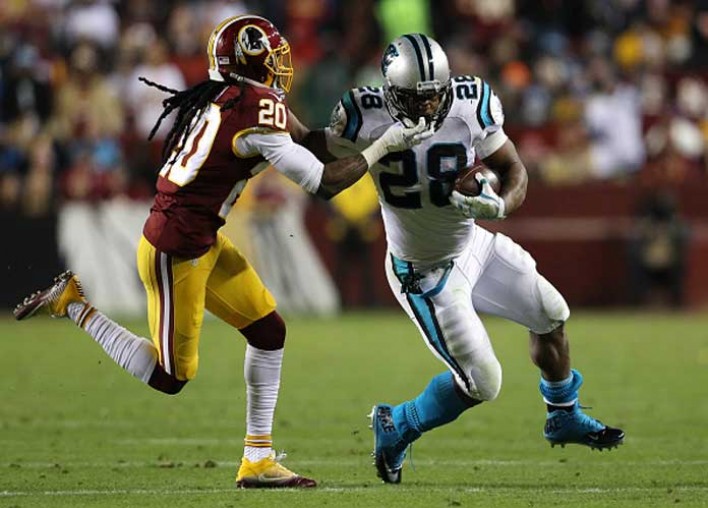 LANDOVER, MD - DECEMBER 19: Running back Jonathan Stewart #28 of the Carolina Panthers carries the ball against defensive back Greg Toler #20 of the Washington Redskins in the third quarter at FedExField on December 19, 2016 in Landover, Maryland. (Photo by Patrick Smith/Getty Images)

NFL Experimenting With Facemasks Made Of N95 Material

The NFL has been preparing for the start of the 2020 season. One of the things that has been the forefront of the league’s concerns is player safety – the NFL is considering ways to improve the face masks including using surgical or N95 mask material.

While appearing on The Adam Schefter Podcast, the NFL Players Association medical director, Thom Mayer, spoke about what the league is trying to do along with Oakley, which designs face masks for the league. “Back in early March, I had suggested that we should consider novel and emerging ways to handle the helmets and the facemasks and the spread of the virus,” Meyer said. “And these guys, the bioengineers that we use and that the league uses – Oakley, as you may or may not know, does all the face visors for the league under contract – these guys got the bit between their teeth.”

Mayer noted that there are some prototypes in the works and developers are trying to account for every possible issue there could be. “They’ve got some prototypes. They’re doing really good work,” he said. “Some of them, when you first look at them, you think, ‘Gosh, no’ ‘cause you’re not used to seeing it. You’re just not used to seeing it. But they’re looking at every issue you can imagine, including when it fogs up. What do we do with that? But these guys are used to dealing with this stuff.”

Last week, league commissioner Roger Goodell sent a memo to all 32 teams saying that teams can begin to reopen their facilities with restrictions starting Tuesday. Teams would need to obtain the consent of state and local government,  and the only players allowed in the facilities would be those receiving treatment or rehabbing from an injury, meaning no player workouts. Total capacity could also not exceed 75 people and no more than 50% of a team’s employees could return.