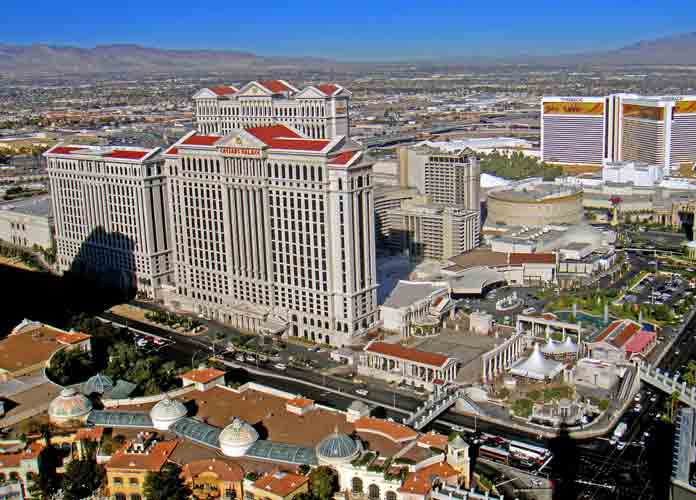 Caesars Entertainment is no stranger to the NFL. The casino chain has relationships with several teams including the playoff-bound Indianapolis Colts, New Orleans Saints, and the Baltimore Ravens. But the entertainment corporation still felt the need to strike a deal with the league.

The NFL announced on Thursday that they’d selected Caesars Entertainment Corporation, home to venues like Caesars Palace in Las Vegas, as the first ever official casino sponsor of the league.

Today, the @NFL selected Caesars Entertainment its first-ever casino sponsor! We will be the official sponsor of #SuperBowlLIII. We’re excited to provide #NFL fans unique experiences at our properties across the US and UK. https://t.co/CavatBFlZn pic.twitter.com/GeklNzWPSh

The new league deal along with the already existing individual team partnerships are for the Casino category only and does not include sports betting, daily fantasy or hotels/resorts. Beginning with the upcoming playoffs, the NFL will strive to create “unique experiences for NFL fans by using its casino properties, celebrity chefs, premier music artists, and a wide range of entertainment elements” as part of the Caesars deal.

The casino will also have exclusive rights to use the NFL trademark in the US and the UK. They will use this to promote the Casino chain and during its involvement with the NFL Draft and the Super Bowl.

We couldn’t be more excited to work with one of the world’s largest gaming and entertainment companies,” said Renie Anderson, Senior Vice President of NFL Partnerships, Sponsorship and Consumer Products. “Combining the NFL with Caesars’ expertise in world class entertainment will provide our fans unique experiences both here in the United States and abroad.”

“All of us at Caesars Entertainment are thrilled to be the first-ever casino partner of the NFL, the most prominent sports league in North America,” said Mark Frissora, President and CEO of Caesars Entertainment. “Combining the league’s 180 million fans with our 55 million Total Rewards loyalty program members will expose millions of people to the exclusive and exciting year-round opportunities at our properties.”

The move comes from a league that just ten years ago shunned gambling. At that time, the league still had rules that banned commercials from cities that had legalized gambling.