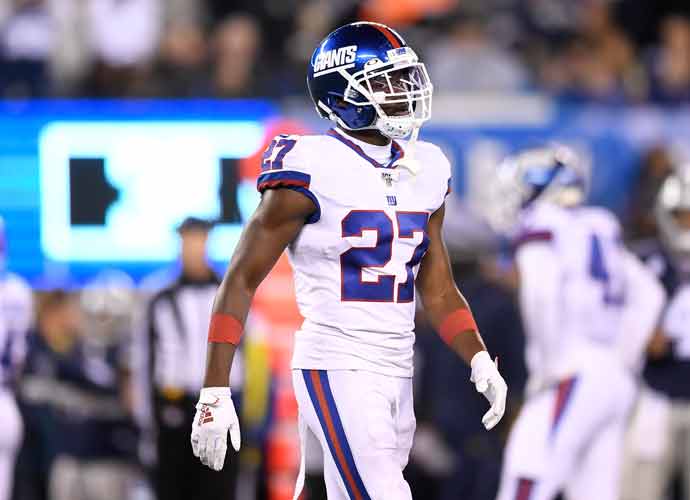 The Giants have not had a good stretch of seasons in recent years, filled with numerous top-10 draft picks and very few wins. 2019 was no different as they finished 4-12, instead of getting the second overall pick in the draft, they got the fourth which could be a major difference. Regardless, the Eli Manning era in New York is over following his retirement after last season. Which means that it is all on Daniel Jones to lead this team to the promised land. Fortunately for Jones, on offense he has a nice young core around him with Saquon Barkley, Sterling Sheppard, Darius Slayton and Evan Engram, which looks to grow together as their careers progress. The offensive line looks to be patchwork at best, Nate Solder has disappointed immensely, but Will Hernandez projects to be an anchor at left guard, fourth overall pick in the 2020 draft Andrew Thomas might not have been the first choice of Giants fans, but has the potential to be really good. First time head coach Joe Judge will have to do a lot of scrambling to find the best line possible to protect their franchise quarterback in Jones and their franchise running back in Barkley. On the defense side of the ball, it certainly is not the caliber of defense from when the Giants won their Super Bowls in 2007 and 2011, but there is a lot of potential. Leonard Williams is one of the top interior linemen in football, he gets paired alongside Dalvin Tomlinson and Dexter Lawrence who have each shown some really good things in their young careers. Blake Martinez was an underrated signing in free agency at linebacker. Another underrated signing for the Giants was James Bradberry, who fits in nicely with the rest of the Giants’ young secondary with guys like Jabrill Peppers, Xavier McKinney and DeAndre Baker(saying he gets his legal issues in line). Will it be easy for Judge to bring this team back to the promised land, no. There is, however, a nice young nucleus on both sides of the ball that Giants fans should be excited about for years to come.

Looking at the Giants’ schedule, they will struggle, but they should definitely improve from their four wins in 2019. The Giants will have their bye week in Week 11, which means that there will be some tough games in terms of fatigue starting around Week 7, but if Judge can keep this team disciplined, then this should not be an issue. In the games prior to their bye, the Giants will play five of their six division games, which will include both their matchups against the Redskins and Eagles. I honestly think that the Giants can split their games in their division this season, going 3-3, barring a massive injury to their opponent. The Cowboys, Redskins and Eagles all look to be improved, but there is potential there for the Giants to steal some of those games. Also prior to their bye, the Giants will play the Steelers, Bears and Rams. These are games that would not come as a shock to me if the Giants were to win them. I do not think they will win all three of those games but it is definitely possible that they win two of those games. They will also play the 49ers and Buccaneers before their bye week, which I see the Giants having little to no chance in winning, barring a massive injury to either of those two teams. Following their bye week, there are some more difficult games. Seattle, Arizona, Cleveland and Baltimore are all games that the Giants will be viewed as the underdog in, and I don’t see them win more than one of those games, and that game is the one against Cleveland strictly because it is at home. I think the Giants will have a difficult time containing a mobile quarterback, which the Seahawks, Cardinals and Ravens all have in Russell Wilson, Kyler Murray and Lamar Jackson. Week 12 against Cincinnati will probably not be a marquee game for anyone, but it will be interesting to see how the Giants perform on the road, coming out of their bye week. Finally, Week 17 against Dallas. All I can do is quote Terrell Owens, “Get your popcorn ready,” because this game could have a lot riding on it for both teams and the NFC playoff picture.

I am not going to lie, I am a Giants fan at heart and have been my whole life. Do I think they will make the playoffs this year, no but I still want to go see this team play, because there is a bright future with this team, and I am eager to see how they do versus various opponents. Here are the five Giants games I think you should attend in 2020:

Starting off with Week 1 against the Steelers, I feel that this game will greatly tell how good this team can be in Judge’s first season. With all the craziness of this offseason, if the Giants come out and play well, fans should be excited for this season, but if the opposite takes place it will be yet another long season for Giants fans. Week 6 against Washington, this is the game of what the Giants could have had versus what they got. Had the Giants not beat the Redskins late last season, they would have gotten the number two pick in the draft and drafted Chase Young, instead the Giants got Thomas at four, this will be the first meeting ever between these two in the NFL, who will forever be linked during their careers. Week 7 against the Eagles, this game will be the third straight game for the Giants against a division rival, and third in a six week stretch. This can be another tell for the Giants and their success this season. A win here against a division rival during the heart of their season could be a huge momentum booster. Week 15 against Cleveland, I only want to watch this game for one reason, it is Odell Bekcham Jr’s first game against the Giants, since he was traded by the team to the Browns before the 2019 season. Finally, Week 17 against Dallas. As I mentioned earlier, this game could have a lot riding on it being the last week in the season. Also, Giants and Cowboys games in recent years always seem to have a little something extra added to them. These teams don’t like each other and it shows on the field, which is great for fans.