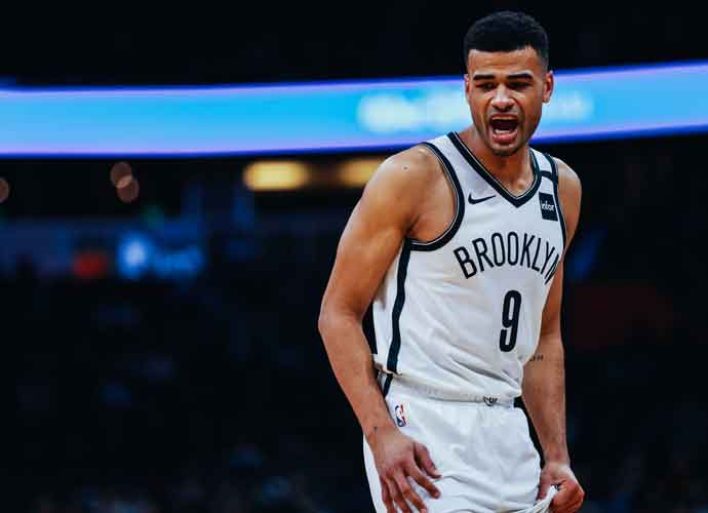 ORLANDO, FLORIDA - JANUARY 06: Timothé Luwawu-Cabarrot #9 of the Brooklyn Nets on the court between plays against the Orlando Magic in the second quarter at Amway Center on January 06, 2020 in Orlando, Florida

Going into Tuesday night’s game, the putrid and COVID ravaged Nets (31-35) who were missing all of their original, healthy starting five were 18.5 point underdogs to the juggernaut, Milwaukee Bucks (54-13). And, miraculously, behind 26 points from Timothé Luwawu-Cabarrot and 19 more from Gary Temple, led the Nets to a 119-116 win of the title contenders.

This is a happy bright spot for what has been a pretty dull season and disastrous bubble. Now, there are a few caveats tot he win. None of Milwaukee’s starters including MVP favorite Giannis Antetokounmpo added 16 points in his 16 minutes and only played the first half. So, basically, this was a bench team beating another bench team but what is actually impressive was their beating of Vegas’s ineptitude in making this an 18.5 point spread when Milwaukee has nothing to play for having already clinched the first seed and would not roll out their best stuff against the current seventh seed Nets.

The names of the players the Nets were missing is too long to fit into a sentence, so here is an entire paragraph dedicated to that: Kevin Durant, Kyrie Irving, Spencer Dinwiddie, Caris Lavert, Joe Harris, Jarret Allen, Deandre Jordan, and apologies to anybody else that I forgot but that at least gives you a pretty good idea with what the Nets were–or weren’t–working with.

The Nets are likely to be stomped by whichever team that they end up playing, likely Milwaukee or Toronto, but this could have been the most depressing bubble/playoff run imaginable will now have an actual record connected to it. This year was always going to be a limbo year for the Nets with Kevon Durant waiting in the wings, but we now how a bad playoff run plus Kyrie Irving can make a team fall apart very quickly, and this might be the galvanizing force to keep the Nets together long enough to be contenders.