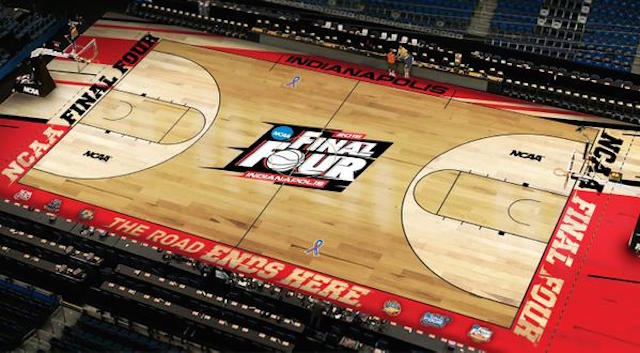 The 2015 NCAA Final Four is all set with traditional powerhouses making their way to Indianapolis. After the NCAA Tournament wrapped up its regional finals this weekend, Kentucky, Wisconsin, Duke, and Michigan State have earned the right to play for a national championship next weekend. All but Michigan State (a 7-seed) are the top seeded teams in their respective regions and all four teams will be making at least their second Final Four this decade.

The regional finals kicked off Saturday in the West region in an Elite 8 rematch between Wisconsin and Arizona, the region’s top 2 seeded teams. And just as it was in 2014, Wisconsin punched their ticket to the Final Four at the expense of the Wildcats 85-78. Sam Dekker and Frank Kaminsky were the key performers for the Badgers, as their 27 and 29 point performances were critical in the victory. Wisconsin was also a staggering 12-for-18 from behind the arc, offsetting a great performance from the free throw line for Arizona (hitting 28 of 30). This will be Wisconsin’s second straight Final Four appearance and their fourth in program history.

In the most thrilling game of the tournament thus far, the undefeated Kentucky Wildcats were able to hang on against upset minded 3-seed Notre Dame in a 68-66 win in the Midwest regional final. Notre Dame held a slim lead through much of the second half, but were unable to hang on as Kentucky clawed back to the lead in the final minute after Andrew Harrison made two free throws. The Fighting Irish nearly derailed the Wildcats’ undefeated season with a three point attempt at the buzzer by Jerian Grant, but the shot missed and sealed the win for Kentucky. Kentucky will be the 13th unbeaten team to make the Final Four in the NCAA Tournament’s history. They will also head to the Final Four for the 17th time in program history and for the fourth time in five years under head coach John Calipari.

The only “underdog” left in the NCAA tournament is still a powerhouse program, as the 7th-seeded Michigan State Spartans will head to their seventh Final Four since 1999. The Spartans went the distance in a 76-70 overtime victory over 4-seed Louisville in the East regional final on Sunday. The game was back and forth the entire way, as neither team could separate themselves throughout the game. Forty minutes were not enough and the game needed to go into overtime to decide a winner. Up by two in the final minute, the Spartans were able to grab an offensive rebound and lay the ball back in to grab a four point lead and ultimately put a dagger through the Cardinals’ hopes. Head coach Tom Izzo will be heading to his seventh Final Four as Michigan State head coach, while the program will be heading to its 9th Final Four.

The Final Four field was completed in the South region when Duke pulled away to a 66-52 win over 2-seed Gonzaga. Duke’s freshman phenom trio of Justise Winslow, Tyus Jones, and Jahlil Okafor came up with big performances to help the Blue Devils get back to the Final Four for the first time since their 2010 national championship. All 66 points came from Duke’s starters, who needed to rely on their top 5 throughout the season with a thin bench. The win sealed head coach Mike Krzyzewski’s 12th Final Four appearance at Duke. It will also be Duke’s 16th Final Four in program history.

Although there are no “Cinderella” teams left in the tournament, with Gonzaga being the last mid-major remaining, the Final Four still has many storylines for fans to get excited for. With three top seeds in the Final Four, there’s a guarantee that there will be some exciting basketball to watch. All four coaches– Bo Ryan, Calipari, Izzo, and Krzyzewski– have plenty of Final Four experience and will be sure to try to add onto their legacies with a national title. And of course, Kentucky’s pursuit of perfection is now just two wins away.

Kentucky will face off against Wisconsin and Duke will play Michigan State on Saturday at Lucas Oil Stadium in Indianapolis. The NCAA Tournament concludes next Monday with the National Championship Game. Saturday’s games will air on TBS while the title game will be on CBS.