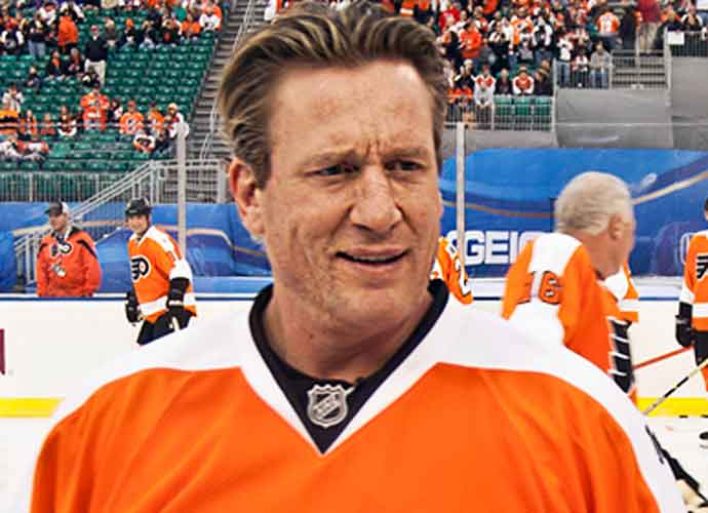 Hockey legend Jeremy Roenick has been suspended without pay this week by NBC where he has served as a sports commentator since 2010 for making “inappropriate comments.”

Roenick was on a separate podcast, Spitting Chiclets, when he started making lewd comments about his on-air colleagues, specifically Kathryn Tappen when they were on a vacation together. He stated that at least one person asked him if all three of them were together.

“Kathryn is an awesome co-worker. But all of a sudden, this older lady is sitting there (by the pool) with her husband, staring at us the whole time. I think her curiosity rose to a level where she’s like, ‘I’ve got to figure out what the hell is going on here.’ So she walks right into the pool and comes right up to us and says, ‘Ok, what’s the situation? What’s going on?’

“I just said, ‘I’m just having a very, very wonderful trip.’ She said, ‘Are they both with you?’ I said, ‘Yes, they are.’ Then Kathryn says, ‘Will you shut up?’ She starts yelling at me. I played it off like we were going to bed together every night, the three of us. And my wife and Kathryn are very close friends, and they scream and yell at me. But it’s worth the yelling. And if it really came to fruition, that would be good. But it’s never going to happen.”

He also described Tappen and his wife as “blond bombshells” and added, “If you’re gonna go with two blondes, go someplace in the summer where the pool is out.”

“Jeremy Roenick has been suspended indefinitely without pay for making inappropriate comments about his coworkers. We will have no further comment at this time,” NBC said in a statement.

Tappen released a  statement after the news of his suspension, “While Jeremy and I continue to be good friends, what he said was unacceptable, especially among workplace colleagues. I do not condone his comments.”

Roenick did not stop there. He also made comments about former Flyers hockey player who is also an analyst, Patrick Sharp. “He is so beautiful, I’d have to think about it if he asked me. I wouldn’t say no right away.”

Roenick has not been fired,  but the decision as to what NBC will do is widely followed as NBC has been in the spotlight with their handling of Matt Lauer, Harvey Weinstein and now America’s Got Talent‘s allegations of sexual misconduct and toxic culture. 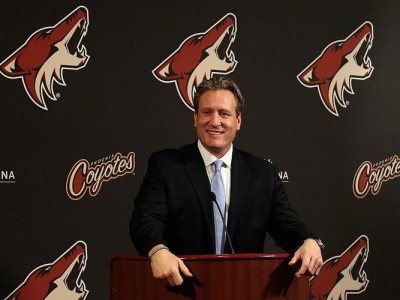