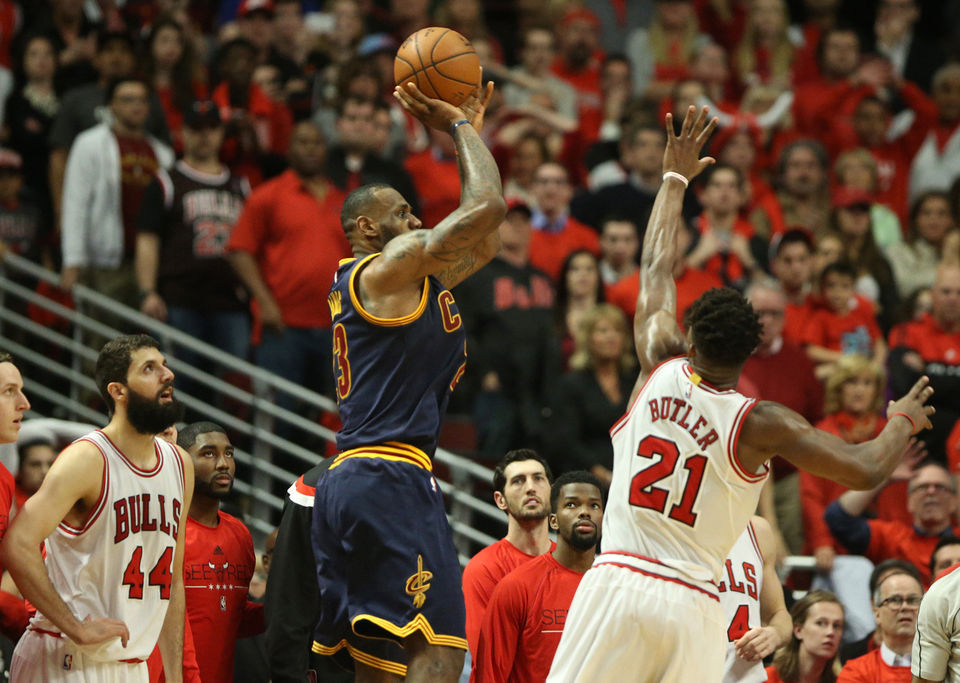 It was a wild weekend in the NBA Playoffs, as two more buzzer beaters followed up Chris Rose’s bank shot at the horn from Friday, while lower seeded teams took surprising leads throughout the playoff tree. The Cleveland Cavaliers tied their series, while the Los Angeles Clippers, Memphis Grizzlies, and Washington Wizards all went ahead in their series with some upset victories.

The weekend slate kicked off Saturday with the Washington Wizards surviving a blown 20 point lead with Paul Pierce’s heroics to defeat the East’s top seeded Atlanta Hawks 103-101. After the Hawks completed a wild comeback in the end of the 4th quarter to tie the game up, Pierce took the ball on the final possession and hit a bank shot at the buzzer to win the game, similar to Rose the night before for the Chicago Bulls. When asked if he called “bank” when shooting by ESPN’s Chris Broussard, Pierce exclaimed “I called game!” The win now puts Washington in favorable position in the series with a 2-1 lead. Game 4 will be played in Washington, which means the Hawks will be in a must-win situation if they want to avoid an elimination game later on in the week.

An even bigger surprise occurred later on in the night, as the Memphis Grizzlies won their second straight game against the NBA best Golden State Warriors to take a 2-1 series lead. The Grizzlies triumphed 99-89 in a game that was true to their “grit and grind” mantra of physical play and emphasis on playing in the paint. The Warriors three point shooting, which is one of their main keys to success, took a big hit in trying to answer back, as they shot only 23.1% from beyond the arc. Zach Randolph had 22 points and 8 rebounds for the Grizzlies, while Marc Gasol put up a double-double with 21 points and 15 rebounds. Memphis can now take full control of the series with a win in Game 4– something not many basketball fans would think given Golden State’s play all season.

The drama continued at the United Center on Sunday as LeBron James took his turn as the buzzer beater hero as his jumper gave the Cleveland Cavaliers the 86-84 win over the Chicago Bulls to tie the series up at 2. The game was hotly contested and went back and forth throughout the affair. The final minutes of the game grew heated, as physical play lead to some big calls by the referees, including a handful of offensive fouls against LeBron that helped Chicago get back into the game. But the referees’ decision to go to the monitor after an out-of-bounds play in the final seconds gave the Cavs one last timeout to draw up a play. LeBron reportedly shot down his coaches’ original gameplan and took the game upon his hands himself. It would prove to be the correct decision, as LeBron’s buzzer beater was exactly the answer the Cavs needed after losing Friday off of one by Derrick Rose. The series now heads back to Cleveland in what’s now a best-of-3 series.

The final game of the weekend lacked the drama of the other three thanks to the Houston Rockets’ fouling strategy to try and force DeAndre Jordan to the free throw line. It didn’t work one bit, as the Los Angeles Clippers blew the Rockets out in a 128-95 victory to take a commanding 3-1 series lead. Jordan, Blake Griffin, Chris Paul, J.J. Redick, Austin Rivers, and Jamal Crawford all scored in double figures for Los Angeles in the easy victory. Houston fouled a whopping 40 times in their “hack-a-Jordan” strategy to try and take advantage of the Clippers’ bigs’ poor free throw tendencies. Instead, the Western Conference’s two seed is on the brink of elimination as the series heads back to Houston.

Two critical Game 4’s in the NBA Playoffs will take place on Monday night. At 7 pm EST, the Atlanta Hawks will try to tie up their series against the Washington Wizards at the Verizon Center. Afterwards, the Memphis Grizzlies will look to continue their magic against the Golden State Warriors at FedEx Forum. Both games will be on TNT.