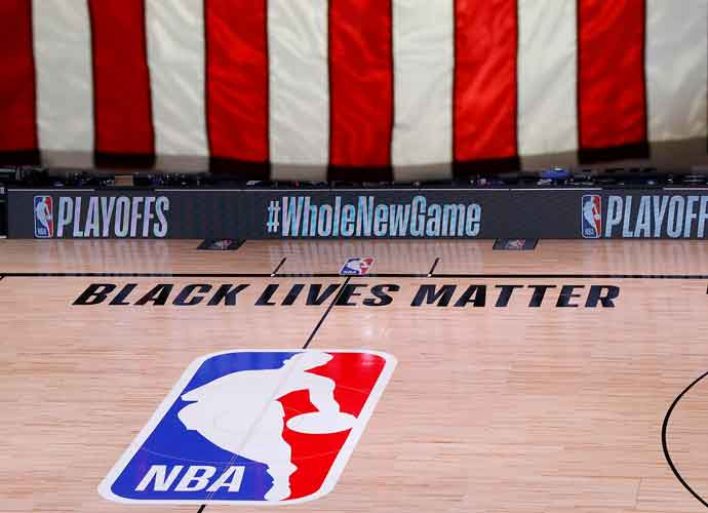 LAKE BUENA VISTA, FLORIDA - AUGUST 26: An empty court and bench is shown following the scheduled start time in Game Five of the Eastern Conference First Round between the Milwaukee Bucks and the Orlando Magic during the 2020 NBA Playoffs at AdventHealth Arena at ESPN Wide World Of Sports Complex on August 26, 2020 in Lake Buena Vista, Florida. The Milwaukee Buck have boycotted game 5 reportedly to protest the shooting of Jacob Blake in Kenosha, Wisconsin.

After some confusion before game five between the Orlando Magic and Milwaukee Bucks when the Bucks failed to come out to the court for a shootaround, it was rapidly reported that the team was mulling boycotting the game to protest the shooting of Jacob Blake, an unarmed black man in Wisconsin. After two hours in the locker room, the team came out and released a joint statement that demanded action towards police reform and racial equality.

While this could have gotten ugly fast when it became apparent that this was a spur of the moment thing, the NBA community instead decided to come together with many players tweeting their support as well as former players and analysts Chris Webber and Kenny Smith showing solidarity with the protests.

Details still have to be worked out by the players’ association and the owners, but there is still positivity that the season can continue with a bigger commitment from owners and the league to help fight these issues.