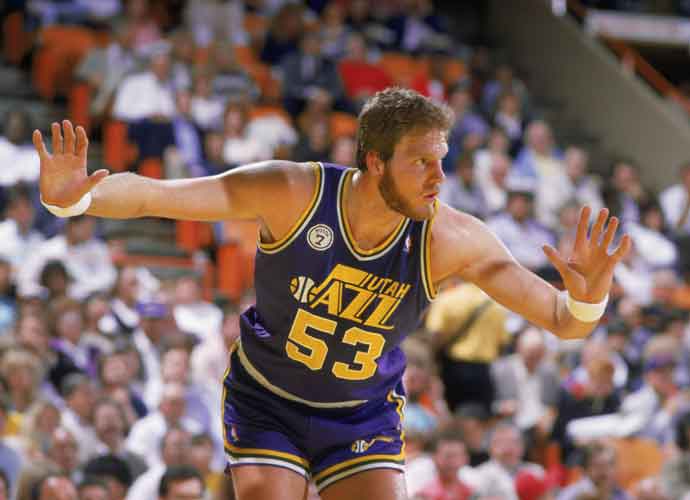 SALT LAKE CITY - 1988: Mark Eaton #53 of the Utah Jazz plays defense during an NBA game at The Salt Palace in Salt Lake City, Utah in 1988. (Photo by Stephen Dunn/Getty Images)

Tragedy struck the NBA this past weekend, as former Utah Jazz center, restaurateur and public speaker Mark Eaton died, according to The Athletic’s Shams Charania. He was 64 years old. The former 1989 NBA All-Star went for a bike ride at around 8 p.m. EST. Friday in Summit County—a rugged and mountainous area in Utah. He never returned home, per KUTV.com. The cause of death is unknown, whether it be due to a medical problem or an accident, though foul play is not suspected, according to KUTV and The Salt Lake Tribune.

We are heartbroken by the passing of Utah Jazz legend Mark Eaton.

Our thoughts are with his family as we all mourn the loss of a great man, mentor, athlete and staple of the community. pic.twitter.com/HkINyLF9ix

“We are heartbroken by the passing of Utah Jazz legend Mark Eaton,” the team said in a statement. “Our thoughts are with his family as we all mourn the loss of a great man, mentor, athlete and staple of the community.”

Eaton was an all-time great defender. He averaged 3.5 blocks per game for his career, a figure most players don’t come close to reaching. In Eaton’s best season, he averaged 9.7 points, 11.3 rebounds and a whopping 5.6 blocks per game. He used every bit of his 7-foot-4 stature to make the game difficult on opposing big men, and easier for his own team. The All-Star player was a former two-time Defensive Player of the Year in 1985 and 1989. He spent 12 seasons with Utah from 1982 to 1993. Eaton also holds the NBA record for the most blocks in a season with 456.

After retiring, Eaton began a public speaking career in Summit County. He also launched a career as a restaurateur, was the president of the National Basketball Retired Players Association and broadcasted Jazz basketball games.