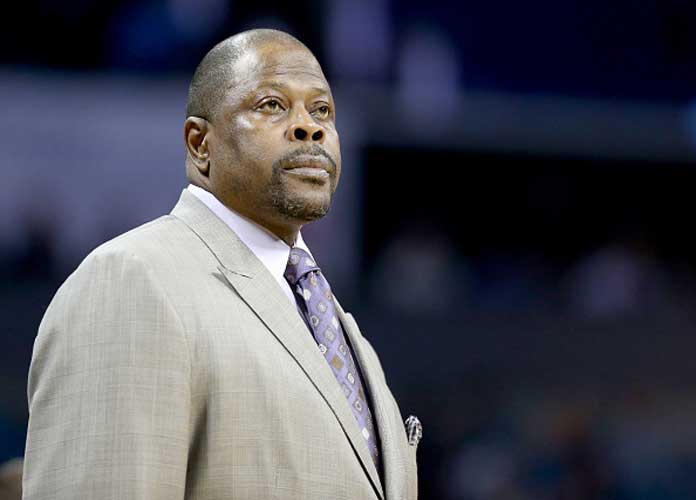 The Georgetown Hoyas hired former NBA star Patrick Ewing as their head basketball coach on Monday, and many league members were quick to react to the news on social media, most of them positively, congratulating the legend on his new job.

Among the players and other prominent NBA figures expressing their excitement about the move were Dwyane Wade, Nicolas Batum, and Anthony Morrow.

Very happy for Coach Pat Ewing. It was a pleasure to share those 2 seasons with you, you taught me a lot. Good luck with Georgetown!

Ew Ew is back in GTown. Life is good.

Congratulations 🎉Patrick Ewing-well deserved. We will be rooting for you & the @GeorgetownHoyas except when u play #Duke of course. 😂

Miami Heat owner Micky Arison, meanwhile, referred in his tweet to his son, Heat CEO Nick Arison, who attended Duke and served as the team manager for the Blue Devils’ 2001 national champions.

“Of all the players that have gone from superstardom to putting in the time and paying their dues to becoming a head coach, Patrick deserves this probably more than any player ever,” said Heat president Pat Riley, who coached Ewing with the Knicks (via the Charlotte Observer). “I am absolutely delighted for him and I think he’ll do a great job at Georgetown. Patrick Ewing was the first. He has come home.”

The 54-year-old former New York Knicks center, who retired from NBA play in 2002, played the same position at Georgetown and was drafted first overall by the Knicks in 1985. Ewing, an 11-time all-star and the 1986 Rookie of the Year, posted career averages of 21.0 points, 9.8 rebounds and 2.4 blocks, and his 2,894 total blocks are seventh all-time in NBA history.

Ewing played in the NCAA Championship Game three times, and led the Hoyas to their only national championship in 1984.

When announcing Ewing’s hiring, Georgetown called him “the greatest men’s basketball player to ever don the Blue (and) Gray.”

Ewing, meanwhile, has said his experience as a Hoyas star was thrilling.

“My four years at Georgetown were the best of my life,” Ewing said in a statement issued by the school. “Georgetown is my home and it is a great honor for me to return to my alma mater and serve as the next head coach. I have been preparing to be a head coach for many years and can’t wait to return to the Hilltop.”

The former NBA star, who also played with the Orlando Magic and Seattle Supersonics, will now replace John Thompson III as Georgetown coach. Thompson III, who was fired after two mediocre seasons, is the son of Big John Thompson, who coached Ewing

Before his hiring, Ewing had been working as an associate head coach for the Charlotte Hornets since 2013, (as well as their summer league team, the Bobcats) and prior to that served as an assistant coach for the Magic, Houston Rockets and Washington Wizards.

“This is a big loss for the Charlotte Hornets, but we are all excited for Patrick to have the opportunity to go back to Georgetown,” Hornets Coach Steve Clifford said. “Everyone knows how much his alma mater means to him. I’ve had the privilege of working with him for 12 years with three organizations and I know the effort he has put into coaching. He has attacked this profession with the same mentality he had as a player, with hard work, dedication and a passion for the game of basketball.”