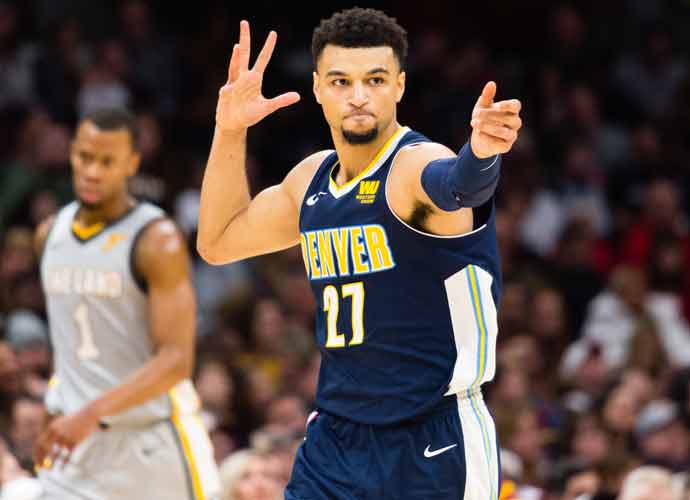 Let’s take a look at the top NBA DFS options on DraftKings for tonight’s six-game slate starting at 7:00 p.m. EST.

Murray has kicked his game into a higher gear over the last few games. After starting the season relatively slow, the young point guard has simply been on fire over his last four games, averaging 56.2 fantasy points per game. Murray dropped 50 points against the Cavs last week and over that four-game stretch, he is averaging 34.8 points, 6.0 rebounds, 5.0 assists, 1.8 steals, and 0.5 blocks. Tonight’s opponent — the Washington Wizards — rank first in pace and 24th in defensive efficiency to point guards. The Wizards are also allowing the most fantasy points per game to opposing point guards. Fire Murray up with confidence. His hot streak will continue tonight.

With Kevin Durant still out due to a hamstring injury, Irving will continue to see an extremely high usage rate along with Harden. The Magic rank 29th in defensive efficiency to opposing shooting guards, which should mean Irving will flourish in this situation. Over the Nets’ seven-game win streak, Irving is averaging 45.7 fantasy points per game, and that’s during a stretch in which he has struggled with his field goal efficiency. Irving hasn’t shot 50 percent from the field in any of his previous three outings. Look for the sharpshooter to get back on track tonight on his way to 30-plus points.

The Pelicans-Bucks matchup has the highest over/under (243) of the six matchups on tonight’s slate. The last time that these two teams met, Ingram produced 39 fantasy points despite the fact that he failed to grab even a single rebound. That surely won’t happen again, as he averages 5.1 over his career. Over his last seven games, Ingram is averaging 42 fantasy points per game. Although there are several solid options at the small forward position, Ingram is a solid contrarian play with immense upside.

Randle came three assists shy of tallying another triple-double during the Knicks’ Tuesday night loss to the Warriors. He has scored 20-plus points in 10 straight games and is averaging a ridiculous 25.0 points, 10.5 rebounds and 4.7 assists in the month of February. It’s no wonder that he was voted into his first All-Star Game this season. The Knicks’ offense runs through the big man, but Randle is playing a different type of basketball than he has ever played before. Although he is still scoring his points, he has been much more of a facilitator and playmaker this season. Look for him to continue to threaten a triple-double night in and night out. The Kings play at a very fast pace and lack the speed and strength to stop Randle down low.

Jordan doesn’t need to do much to return value. The big man can be productive even with limited touches on offense. Jordan has been in and out of the starting lineup as head coach Steve Nash tinkers with the starting unit. However, he started the last two games and is averaging a solid 35.7 fantasy points per game over that span. He blocked four shots in each of his previous two contests and is expected to get the nod at starting center tonight. He may not be the splashiest play, but he is consistent and will be a solid anchor in lineups.