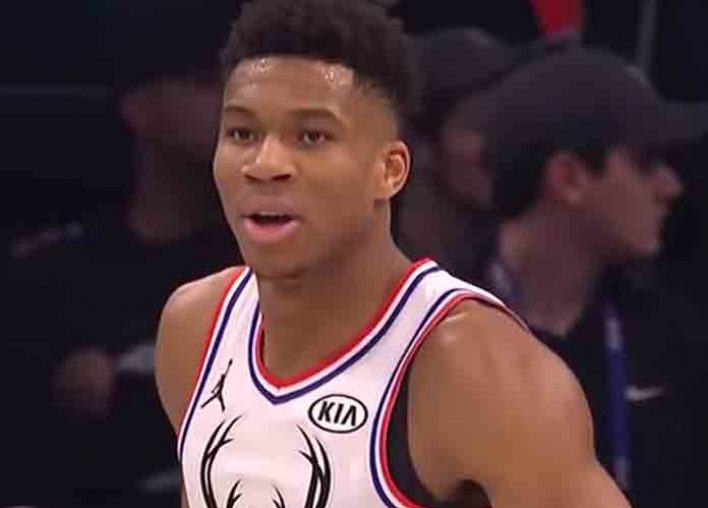 By halftime, Team Giannis led by 20 points and went into the locker room hoping to maintain their lead. It finally looked like hometown hero and Charlotte Hornets star Kemba Walker would get his first win against Lebron James in his 28th matchup. But after J. Cole’s halftime performance, the tide turned.

Durant walked away with his second All-Star Game MVP, after he previously won it in 2012. Team Lebron would outscore Team Giannis 96-69 in the second half.

While the game was a high-octane offensive battle, the highlights went viral. In the second quarter, Golden State Warriors star Steph Curry dribbled down the court against Durant. Faced with a seven-inch height difference, Curry passed the ball out. He slammed the ball against the court, sending it over an outstretched Durant and into the air. Then, Antetokounmpo slammed the alley-oop through the basket. The “Greek Freak” ran off down the court in disbelief. Both benches erupted.

Then, there was also the Dwyane Wade –Lebron alley-oops. The pair of dunks harkened back to their days as teammates on the Miami Heat. It was a happy ending for the two, who entered into the league in 2003 and won titles together in 2012 and 2013. The pair created the modern super-team with “the Heatles.”

Team Giannis took an early lead on the back of their captain. But still, they couldn’t hold off a late comeback by Team Lebron. The barrage of three-pointers was too much.

Below are highlights of Antetokounmpo, Durant, and the entire game:

With the removal of conference-based teams and the inclusion of Wade and Dirk Nowitzki, the NBA All-Star Game became something more than a meaningless matchup. It became a celebration of the game.

“The game is in great hands. It’s easy to walk away right now,” Wade said after the matchup.