Nationals Take Game One Of World Series Against Astros Behind Juan Soto - uSports.org 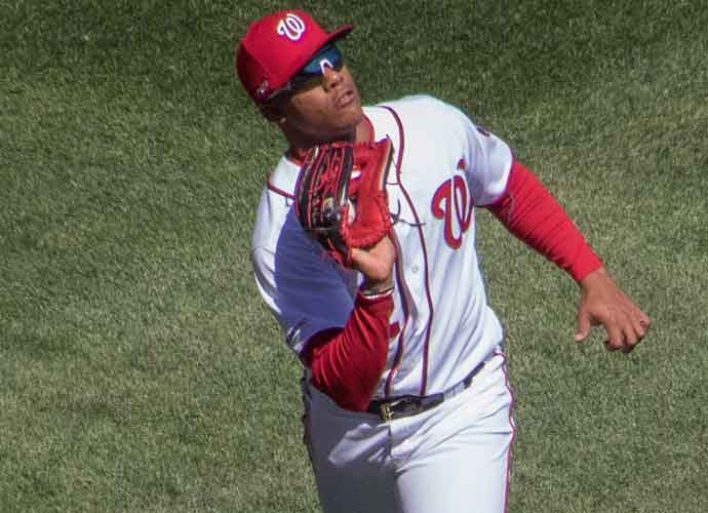 Bryce Harper who? The Washington Nationals took game one of the World Series against the Houston Astros behind a new young outfield phenom, Juan Soto. Soto is three days shy of 21, but was the reason the Nats stole game one in Minute Maid Park. Like many teams, the Astros, who are heavy favorites to win the series, can’t figure out how to pitch to Soto. He was the force that swung the game into an important Nationals victory.

Astros ace Gerrit Cole lost his first game in five months; an incredible streak that can’t be understated. Washington scored five runs off Cole — two of them on home runs — as the Astros right-hander surrendered eight hits and lost for the first time since May 22 against the Chicago White Sox. During the streak, Cole went 19-0 with a 1.59 earned run average, and his team went 23-2 in that span, including three straight wins in the postseason.

“He’s human, he was bound to lose one eventually, ” said George Springer, the Astros outfielder who missed a potential game-tying home run by inches in the eighth inning. “They got the hits when they needed them, but he’s our guy and when he gets the ball again I’m sure he will be ready to go.”

A big credit to the five runs Cole allowed was thanks to Soto’s three RBIs that carried the Nationals to victory. Soto hit a home run in the second and then lined a ball off the wall in left field to push home two more runs and gave the Nationals a 5-2 lead.

“Well, I mean, he’s really talented,” Cole said of Soto. “I’m not pleased with the double, but I threw him a good slider up and in, move on to the next pitch up and away. He stays back and drives it. A good swing on a good pitch. Good hitters do that.”

The Astros have now lost home field advantage, but will look to even up the series against the Nats in game two tonight at 8:07 p.m EST on FOX. The Nationals will start Stephen Strasburg while the Astros will put Justin Verlander on the mound in another matchup of aces. 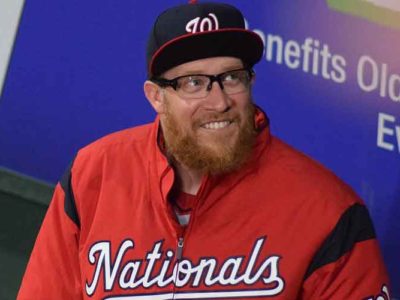