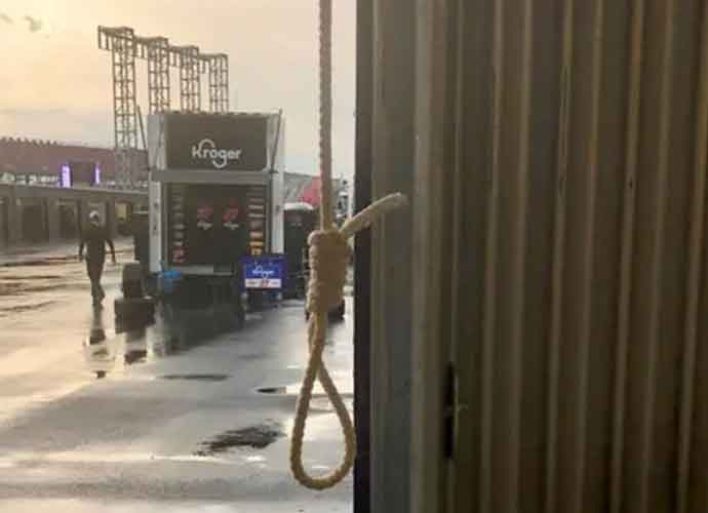 After the FBI concluded Tuesday that the noose found in the garage of NASCAR driver Bubba Wallace was actually a door pull that was placed there in October 2019, and that Wallace was not a victim of a hate crime, NASCAR released an image of the perceived noose on Thursday.

In a statement, NASCAR president Steve Phelps said that the main concern of NASCAR was to protect Wallace. “Given the facts presented to us, we would have pursued this with the same sense of urgency and purpose,” Phelps said Thursday. “Upon learning of seeing the noose, our initial reaction was to protect our driver. We’re living in a highly charged and emotional time. What we saw was a symbol of hate, and was only present in one area of the garage – that of the 43 car of Bubba Wallace. In hindsight, we should have – I should have – used the word ‘alleged’ in our statement…. As you can see from the photo, the noose was real, as was our concern for Bubba. With similar emotion, others across our industry and our media stood up to defend the NASCAR family – our NASCAR family – because they are part of the NASCAR family too. We were proud to see so many stand up for what’s right.”

Phelps also noted that as a part of NASCAR’s investigation, they checked every garage at every NASCAR track, a total of 1,684 garages and shared their findings. “We found only 11 total that had a pull-down rope tied in a knot, and only one noose – the one discovered on Sunday in Bubba Wallace’s garage.”

Cameras will also be added to the garage area at NASCAR races in the future according to Phelps as a means to protect its drivers.

The next NASCAR race at Pocono Motor Speedway will see an increase of security around Wallace, who is the only full-time black driver on NASCAR’s main circuit.