NASCAR Drivers Rally Around Bubba Wallace After Noose Found In His Garage - uSports.org 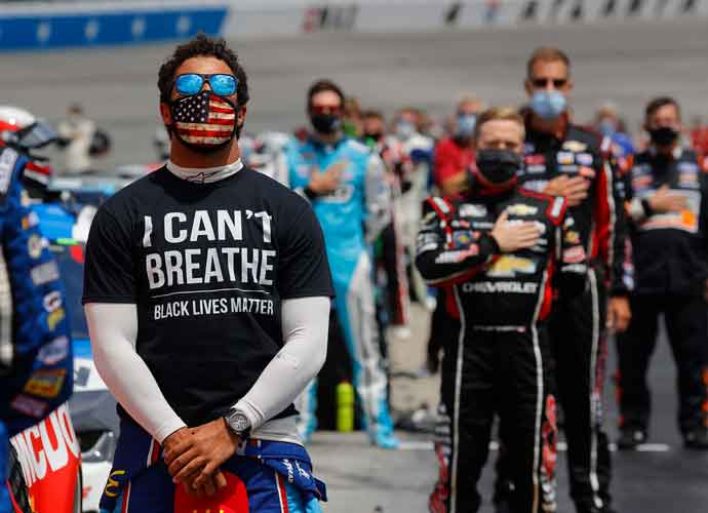 HAMPTON, GEORGIA - JUNE 07: Bubba Wallace, driver of the #43 McDonald's Chevrolet, wears a "I Can't Breathe - Black Lives Matter" T-shirt under his fire suit in solidarity with protesters around the world taking to the streets after the death of George Floyd on May 25 while in the custody of Minneapolis, Minnesota police, stands during the national anthem prior to the NASCAR Cup Series Folds of Honor QuikTrip 500 at Atlanta Motor Speedway on June 07, 2020 in Hampton, Georgia.

Nearly a day after a noose was found hanging in the garage of NASCAR driver Bubba Wallace, there was a show of solidarity among drivers for Wallace. Prior to Monday’s rescheduled race, drivers helped push Wallace’s car to the front of the race prior to the start.

It was an emotional day for Wallace, who was moved to tears after the gesture and then post-race, while interacting with fans in “Black Lives Matter” and “I Can’t Breathe” T-shirts, he would apologize for not wearing a mask. “I wanted to show whoever it was: You are not going to take away my smile,” he said. “This sport is changing. The pre-race deal was probably one of the hardest things I’ve ever had to witness in my life. From all the supporters, from drivers to crew members, everybody here, the badass fan base, thank you guys for coming out. This is truly incredible, and I’m glad to be a part of this sport.”

Wallace would finish fourteenth in Monday’s race, but that really came secondary to the showing of unity among drivers. The race’s winner Ryan Blaney has been friends with Wallace for over a decade. He spoke to ESPN about his friend. “And it showed how you’re not gonna scare [Wallace],” he said. “You’re not gonna scare him. He’s really strong. He’s gonna rise above it and fight this. So we just wanted to show our support. I wanted to show my support for my best friend. He’s just been someone I’ve really, really loved for a long time, and I’m gonna support him 100 percent along the way for many years to come. I hope a lot of people will look at that and learn from everyone coming together and supporting each other. That’s what it’s gonna take to make things better.”

The FBI has since gotten involved in the investigation originally opened by NASCAR into finding out who left the noose in Wallace’s garage. NASCAR has said that they will not release any video they have right away, and will turn all evidence over to the FBI. Given the limited access to garages because of the pandemic, the leading opinion that whoever placed the noose was a member of an opposing team to Wallace’s, a security or maintenance staff member or a NASCAR official that had access to the area, but it is still unclear. 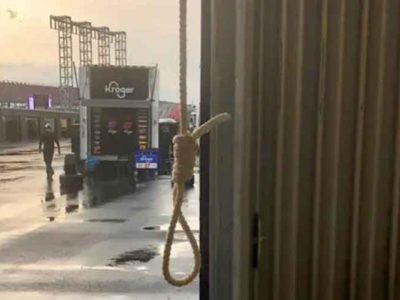