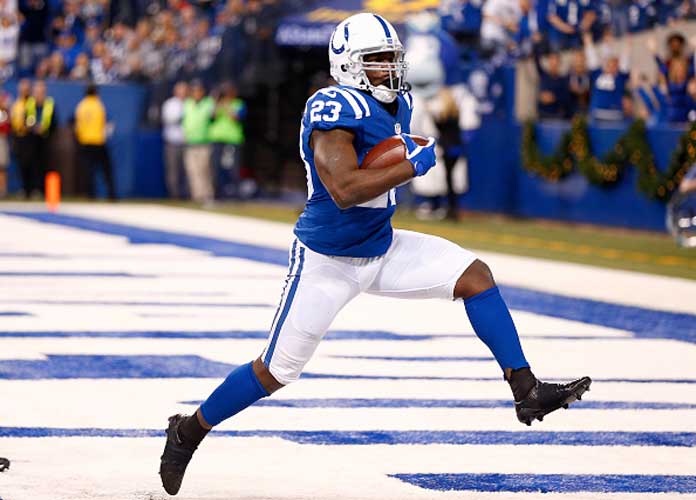 INDIANAPOLIS, IN - DECEMBER 11: Frank Gore #23 of the Indianapolis Colts runs for a touchdown in the third quarter of game against the Houston Texans at Lucas Oil Stadium on December 11, 2016 in Indianapolis, Indiana.

The New York Jets have added some depth to their running back room, signing Frank Gore to be the backup to Le’Veon Bell on a one-year deal.

Gore turns 37 later this month, is third on the NFL’s all-time rushing list, rushing for 15,347 yards during his 15-year career with the San Francisco 49ers, Indianapolis Colts, Miami Dolphins and Buffalo Bills.

The signing of the now journeyman adds some complexity to the Jets running back room, as there were some issues between head coach Adam Gase and Bell, and trade rumors surrounded Bell for portions of last year. Gase has said that he has wanted to lessen the workload for Bell, who had the eighth-most touches in the entire NFL last season with 311.

Gase coached Gore during Gore’s lone season with the Dolphins back in 2018 and has always been enamored with Gore’s longevity as well as his work ethic.

Last year with Buffalo, Gore ran only 599 yards on 166 carries in a backup role behind rookie Devin Singletary, taking on more of a mentorship role in the ladder stages of his career, and is expected to do the same thing for the Jets.