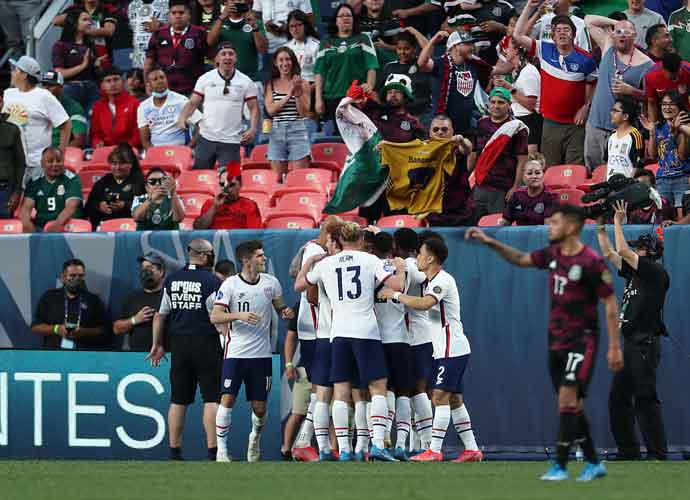 Danielle Reyna, the mother of USMNT player Gio Reyna and wife of former USMNT captain Claudio Reyna, reportedly informed the soccer organization of coach Gregg Berhalter’s past domestic violence incident because of the coach’s treatment of her son entering and during the World Cup.

The mother brought the incident to U.S. Soccer’s attention in response to a comment Berhalter made at an event in New York on Dec. 11, in which he mentioned a player on the national team who nearly lost his spot due to poor play. The player was later revealed to be Reyna, a promising young forward who had received limited opportunities under Berhalter.

“I thought it was especially unfair that Gio, who had apologized for acting immaturely about his playing time, was still being dragged through the mud when Gregg had asked for and received forgiveness for doing something so much worse at the same age,” Reyna said in a statement Wednesday.

Gio Reyna’s father, Claudio, was also angry over Berhalter’s treatment of his son and complained to multiple U.S. soccer officials during the tournament.

During a call on Dec. 11 with both Claudio and Danielle, Gio’s mother reportedly told a U.S. Soccer executive about the incident, which occurred in 1991 between Berhalter, then 18, and his future wife, Rosalind Berhalter, when they were dating. Danielle and Rosalind were teammates and roommates at the time.

“In the fall of 1991, I met my soulmate,” Berhalter said in a statement Tuesday. “I had just turned 18 and was a freshman in college when I met Rosalind. One night, while out drinking at a local bar, Rosalind and I had a heated argument that continued outside. It became physical and I kicked her in the legs.”

Berhalter went on to explain that the two later reconciled and are now married with four children. He said he felt compelled to address the incident after he was informed that someone was making “an apparent effort to leverage something from long ago.”

“The lessons learned from that night over three decades ago became the foundation for a loving, devoted, and supportive relationship, which we honored and celebrated with our 25th wedding anniversary this past weekend,” Berhalter said.

Danielle Reyna disputed Berhalter’s characterization of the domestic abuse incident, saying that he failed to fully describe the severity of his actions.

“Rosalind Berhalter was my roommate, teammate and best friend, and I supported her through the trauma that followed,” Danielle Reyna responded. “It took a long time for me to forgive and accept Gregg afterward, but I worked hard to give him grace, and ultimately made both of them and their kids a huge part of my family’s life. I would have wanted and expected him to give the same grace to Gio. This is why the current situation is so very hurtful and hard.”

Berhalter’s contract with U.S. Soccer expired on Dec. 31, but the former coach hopes to continue working with the team. After the allegations were brought to his attention, U.S. Soccer Sporting Director Earnie Stewart hired a law firm to launch an internal investigation into the incident. Stewart said Wednesday that he would be open to rehiring Berhalter at the conclusion of the investigation.