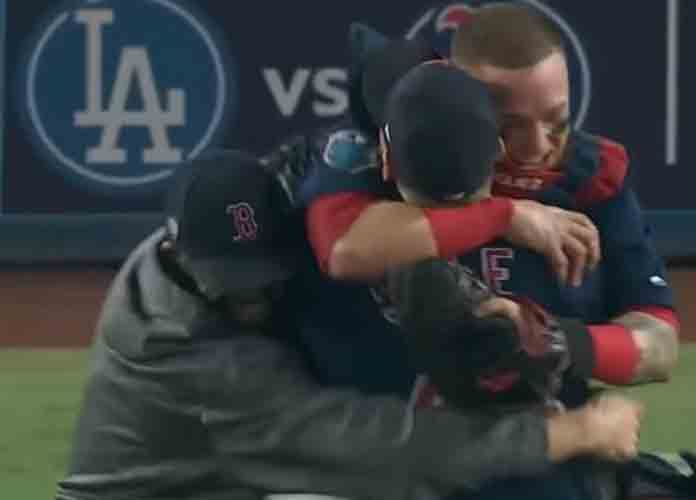 In a report in The Athletic on Tuesday, anonymous sources claimed the Red Sox stole signs from the Los Angeles Dodgers during the 2018 World Series. Upon hearing the allegations Major League Baseball said it will conduct an investigation on the matter.

“The Commissioner made clear in a September 15, 2017, memorandum to clubs how seriously he would take any future violation of the regulations regarding use of electronic equipment or the inappropriate use of the video replay room,” MLB said in a statement to The Athletic. “Given these allegations, MLB will commence an investigation into this matter.”

The Athletic’s report received comments from three sources that claimed to be a part of the organization during that time. They said that players would come into the video replay room during games to check on different sign patterns between opposing pitchers and catchers. They also said the Red Sox were unable to do this in the postseason prior to the World Series because MLB had in-person monitors inside replay rooms.

“We were recently made aware of allegations suggesting the inappropriate use of our video replay room,” the Red Sox said in a statement to The Athletic. “We take these allegations seriously and will fully cooperate with MLB as they investigate the matter.”

Another source told the website, “It’s cheating. Because if you’re using a camera to zoom in on the crotch of the catcher, to break down the sign system, and then take that information and give it out to the runner, then he doesn’t have to steal it.”

The report followed an accusation from December that claimed the Houston Astros stole signs in the 2017 World Series by placing a camera in centerfield.

UNH Sports Law Professor Michael McCann told CBS Boston, “Stealing signs was traditionally seen as a skill set. The question is going to be whether or not baseball is going to do enough to stop it.”

Read more about:
Astros Dodgers MLB Red Sox
Listen to the uInterview Podcast!
Get the most-revealing celebrity conversations with the uInterview podcast!