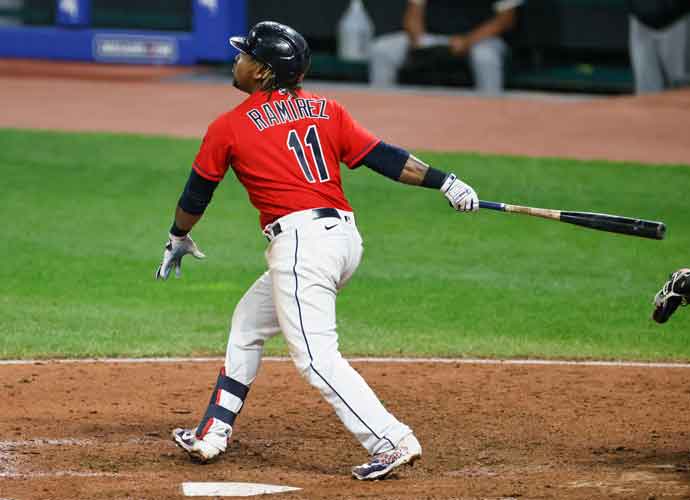 CLEVELAND, OH - SEPTEMBER 22: Jose Ramirez #11 of the Cleveland Indians hits a walk-off three-run home run off José Ruiz #66 of the Chicago White Sox during the tenth inning at Progressive Field on September 22, 2020 in Cleveland, Ohio. The Indians defeated the White Sox 5-3.

The MLB playoffs are less than a week away and after an exciting slate of games on Tuesday, the picture of who is in and who is out is becoming clearer. Before the MLB began its condensed 60 game season in July, the league announced that it was expanding the playoffs so that 16 teams now make the post-season instead of the usual 10 teams.

Three teams qualified for the playoffs on Tuesday leaving only six spots left in the race for the World Series. The three teams were the Cleveland Indians, Atlanta Braves and Chicago Cubs, the Indians having the most notable qualifying game with batter Jose Ramirez hitting a three-run walk off home run to give the Indians a 5-3 win over the Chicago White Sox.

“Once I hit it, I knew it was a home run because I got it right on the barrel,” said Ramirez, who is hitting .500 (14 of 28) with six homers and 16 RBIs in his last seven games. “There was a lot less champagne than usual, but it was still a good celebration.”

The MLB Playoff will begin next Tuesday Sept. 29, and if the regular season has been any indication, there will be fireworks.