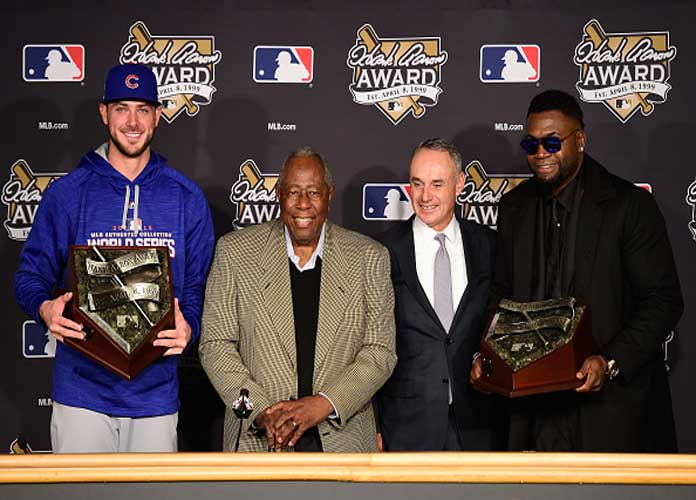 Major League Baseball commissioner Rob Manfred issued a warning to Oakland city officials that he could move the Oakland Athletics to Las Vegas if they don’t drop their lawsuit over the future of Oakland-Alameda County Coliseum. This threat was confirmed by Oakland mayor Libby Schaaf in a TV interview on Tuesday.

City councilman Larry Reid was told by Manfred earlier his week that Vegas would be a potential relocation site for the A’s. Oakland and Alameda County currently have ownership of the Coliseum and the city wants Alameda County to sell the rest of its share to Oakland, rather than the Athletics organization.

“The reports of that are accurate,” Schaaf told KTVU-TV. “[Las Vegas] is the city that came out of his mouth.”

By mentioning Las Vegas, Manfred tugged at the hearts of Oakland fans, as they will be losing their football team, the Oakland Raiders, to Las Vegan next season.

“Obviously he chose his city wisely as far as exposing a pain-point that all Oaklanders feel about losing our sports teams,” Schaaf said.

Oakland sued Alameda County to block the sale of its share of the Coliseum to the Athletics. The team hoped that would subsidize the cost of a new privately owned stadium. A judge issued a temporary restraining order last week blocking the transaction.

Schaaf told KTVU that the city’s lawsuit was filed “over my objection.”

“I don’t think that it serves the public when two governmental agencies are suing each other. It certainly is my direction that the city and the county work collaboratively. We are co-owners of this land,” Schaaf continued. “The board of supervisors are so well-intentioned. They want to do right by their constituents, which are our constituents, so I believe we will get something done collaboratively and put this lawsuit behind us.”

The next lawsuit hearing is scheduled for Nov. 14