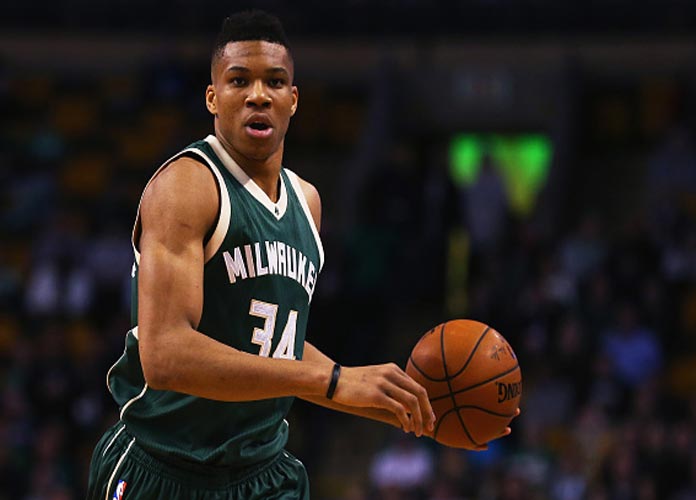 The tall 21-year-old Greek is one of the most versatile and talented young players in the league, and is eligible for his rookie class of 2013 extension.

The deal, which is practically a maximum contract, is expected to be signed on Tuesday in Milwaukee.

The 6-foot-11 Antetokounmpo was drafted as a first-round pick (15th overall) by the Bucks in 2013 and averaged 16.9 points, 7.7 rebounds. 4.3 assists and 1.4 blocks in 80 games last season. Before that, he played in the Greek and Spanish basketball leagues.

“My confidence right now is really high,” Antetokounmpo said in March, per Steve Aschburner of NBA.com. “When I look at myself when I came in as a rookie and how I feel right now, it’s amazing. It’s a big difference. So I can’t imagine how I will feel in two years. I can’t wait for the future.”

Among the other players Milwaukee has locked up is forward Jabari Parker, who was drafted second overall in 2014 out of Duke, and guard Jason Terry, who was added in free agency.

Antetokounmpo, who is nicknamed the ‘Greek Freak,’ is very durable, having missed only six games in his three seasons with the Bucks. It is also rumored that the youngster will get to play point guard this season, which would be strange given his incredible height.

The Greek and C.J. McCollum have established themselves as the best players from a weak 2013 draft class, so it seems right that they of all people would get extensions. McCollum signed a four-year, $106 million extension with the Portland Trail Blazers in July.

NBA teams have until Oct. 31 to sign players from the class of 2013 to extensions, or they will become restricted free agents next summer.

BOSTON, MA – FEBRUARY 25: Giannis Antetokounmpo #34 of the Milwaukee Bucks carries the ball against the Boston Celtics during the first quarter at TD Garden on February 25, 2016 in Boston, Massachusetts. (Photo by Maddie Meyer/Getty Images)