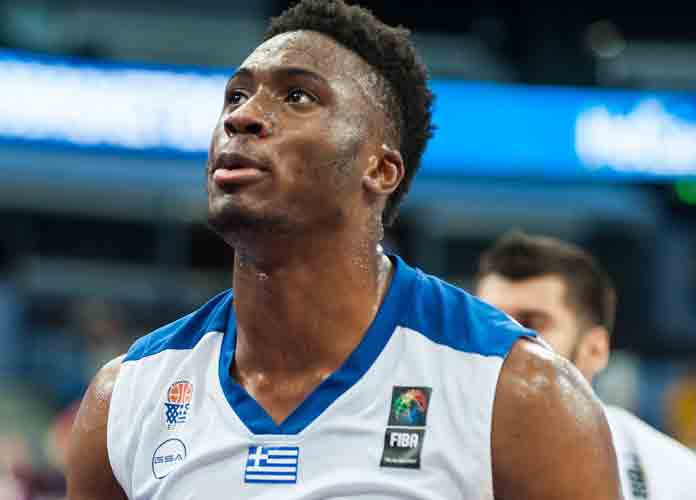 EuroBasket 2017 Group A game between Greece and France at Hartwall Arena in Helsinki, Finland. (Image: Wikimedia)

The Milwaukee Bucks have re-signed Thanasis Antetokounmpo to a two-year deal.

“Thanasis brings energy, effort, and tenacity every minute of every game,” Bucks general manager Jon Horst said in a statement. “He’s a valuable part of our team and we’re excited to have him remain in Milwaukee.”

Thanasis is the older brother of Bucks star Giannis Antetokounmpo. The New York Knicks drafted the elder Antetokounmpo in the second round in the 2014 Draft. The forward spent majority of his first stint in the G League with the Westchester Knicks. He only made two appearances for the Knicks during the 2015-16 season.

Antetokounmpo averaged 2.8 points per game and 1.7 rebounds in 8.8 minutes across 77 games played for Milwaukee over the past two seasons. He largely played a depth role for the team. He played in 13 playoff games and scored nine points during the team’s NBA title run. Earlier this month, Thanasis and Giannis went home to Athens with the Larry O’Brien Trophy.

“We are happy to be back and that we could bring the trophy with us,” Giannis told reporters. “We had to go through a long process [to bring the NBA’s championship trophy to Greece].”