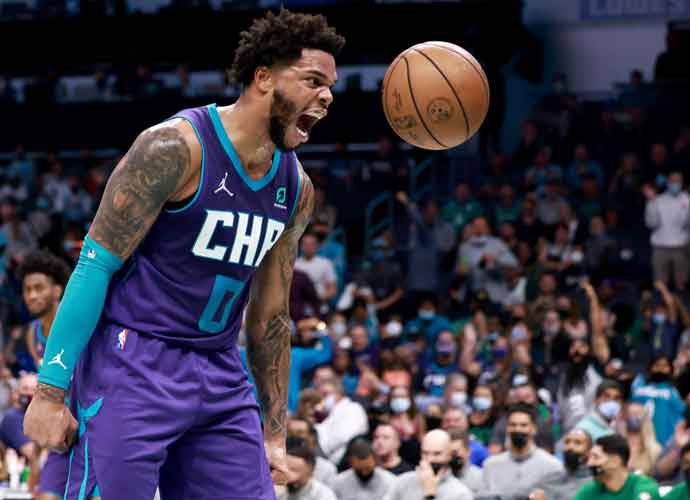 CHARLOTTE, NORTH CAROLINA - OCTOBER 25: Miles Bridges #0 of the Charlotte Hornets reacts after dunking against the Boston Celtics during the first half of their game at Spectrum Center on October 25, 2021 in Charlotte, North Carolina. (Photo by Grant Halverson/Getty Images)

He was sentenced to three years of probation but will not serve time in jail after coming to an agreement with prosecutors.

Bridges agreed to the prosecutors’ terms that he would enter a no-contest plea, which allows him to avoid admitting guilt while accepting the conviction. In May, Bridges was accused of assaulting his girlfriend in front of their children.

In addition to 100 hours of community service, a small fine and a 10-year protective order, keeping him at least 100 yards from his ex-girlfriend, Bridges will also have to complete a year’s worth of domestic violence counseling and another year’s worth of parenting classes. He will also be subjected to routine drug testing.

At first, Bridges pled not guilty to all three felony charges filed by Los Angeles County District Attorney George Gascon in July. But on Thursday, the two sides reached an agreement that convicted Bridges for injury a child’s parent. The other two charges, child abuse and great bodily injury or death, were dismissed.

As for his NBA prospects, the league has not taken action against him because of his unsigned status. If he were to sign with a team, he could then be subject to a league-issued punishment as well.