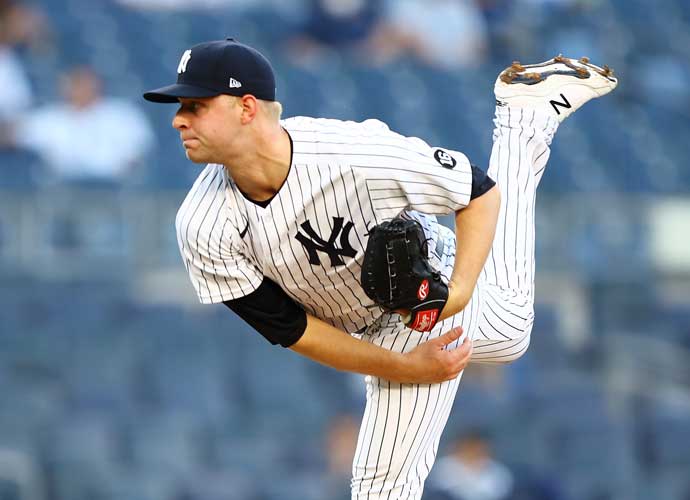 But PitchCom has him bothered. It is a piece of technology that features a keypad that catchers use to request pitches without using hand signals. It was introduced this season to lessen signs-stealing and speed up the game, but it is an extension of the league’s wariness after the 2017 Houston Astros’ sign-stealing scandal.

Max Scherzer used PitchCom for the first time tonight but hates it on principle.

“It should be illegal,” he said. “Stealing signs is part of the game.”

Here is what he said about it: pic.twitter.com/eAI6Zz3MEW

PitchCom has many favorable reviews from players around the league. Yankees pitcher Michael King said earlier this year, “We all love it. We actually want the catchers to give us signs faster. We’re thinking about it, like after he throws the ball back to me, I’d rather know it right then. It gives you time to think about the pitch and throw it with conviction. I come set knowing that I have no doubt in my mind that the catcher is thinking something different than me.”

Scherzer on the other hand is not a fan of the new tech. “For me, I’ve always taken pride in having a complex system of signs and having that advantage over other pitchers,” Scherzer said. “The fact that we’re taking this out of the game and we’re just putting in technology, now everybody — you can’t steal signs on second, the pitcher can’t have an advantage of having a complex system. It’s part of baseball trying to crack someone’s signs. Does it have its desired intent that it cleans up the game a little bit? Yes, but I also feel like it takes away part of the game,” the 38-year-old said.

While Sherzer’s comments may seem outright dismissive of the new technology, he did provide some insight on whether he would be using PitchCom in the future, “I don’t know. I’ll think about it. I might.”

Read more about:
Max Scherzer Mets MLB PitchCom
Listen to the uInterview Podcast!
Get the most-revealing celebrity conversations with the uInterview podcast!