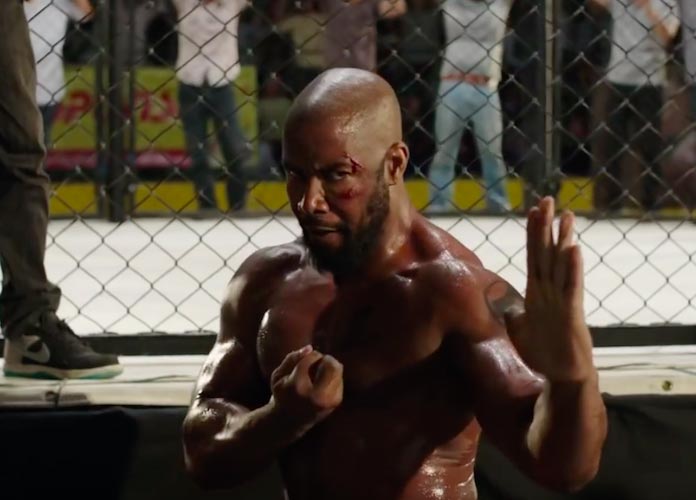 Michael Jai White On How He Train His Body by uSports

Michael Jai White had to do some serious physical training for his part in the 2016 mixed martial arts film Never Back Down: No Surrender, which he also directed. The 49-year-old explained what steps he took to maintain his body in proper shape in an exclusive interview with uSports.

“As a martial artist, I think training is a part of my lifestyle,” said White. “A lot of times, people get confused between martial arts and MMA. MMA is one aspect of martial arts. That’s just a fighting aspect.”

White — who also directed and starred in Never Back Down 2: The Beatdown and starred in the title role of the 2009 blaxploitation action comedy Black Dynamite — then went on to compare his training to that of people in the armed forces, saying that not every aspect of “basic training” is always exciting or easy but that it ends up benefiting you in the long run.

With regards to his daily workout routine, White said he varies his exercises a lot.

“I do my running training, my sprinting, and my technical stuff but I change it up all the time,” said White.

The actor and director also described how the sport of martial arts has evolved over the years, and lamented over how the desire for pure, unadulterated victory even at a small, unofficial level has been lost in exchange for a hunger to win at the most competitive tournaments in the world like UFC events.

“It was more guts and glory back then,” explained White. “Some of the toughest competitions like the Kyokushin Knockdown or others…they didn’t have glorious names to them and were very hard. They were bare-knuckle-type competitions.”

“It was not organized. There was no UFC when I was coming up. At best, it was PKA (Professional Karate Association) and AAU and a few places like that where nobdy enjoyed worldwide recognition unless you were from that particular organization.”

His first major film role and breakout performance was as former boxer Mike Tyson in the 1995 HBO movie Tyson.