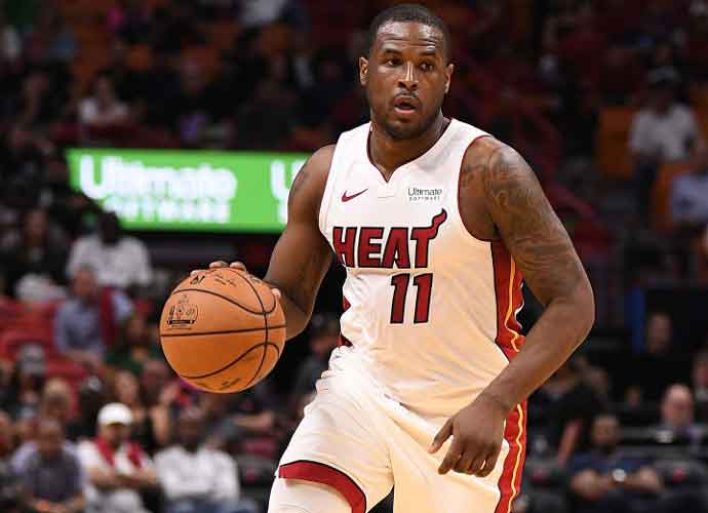 MIAMI, FLORIDA - OCTOBER 08: Dion Waiters #11 of the Miami Heat ina ction against the San Antonio Spurs during the second half of the preseason game at American Airlines Arena on October 08, 2019 in Miami, Florida.

Miami Heat guard Dion Waiters has found himself in trouble getting suspended for the third time. The team announced Thursday that his suspension is because of a “failure to adhere to team policies, violation of team rules and continued insubordination.”

This comes after a 10-game suspension he received in November after he had a panic attack from consuming a THC-infused edible. This violated league rules about the prohibited use of THC, a main compound in cannabis.

He was also suspended in October for detrimental conduct.

He will now sit out until December 27 when the Heat take on the Indiana Pacers. Heat president Pat Riley said, “There were a number of unacceptable incidents this week, culminating with his unprofessional conduct on the bench last night. As a consequence, I feel we had to suspend him.”

As part of a statement released, the Miami Heat said, “We are proud of how our players have started the season. We expect all of our players, including Dion, to conduct themselves in accordance with the highest standards, and to show professionalism and respect for their teammates, the team, the fans and the NBA community.”

Waiters has never made more than 46 appearances in a year since coming to the Heat, having played in only 120 games, missing many due to ankle injuries and subsequent surgeries. He has averaged 14 points per game while with the Heat.