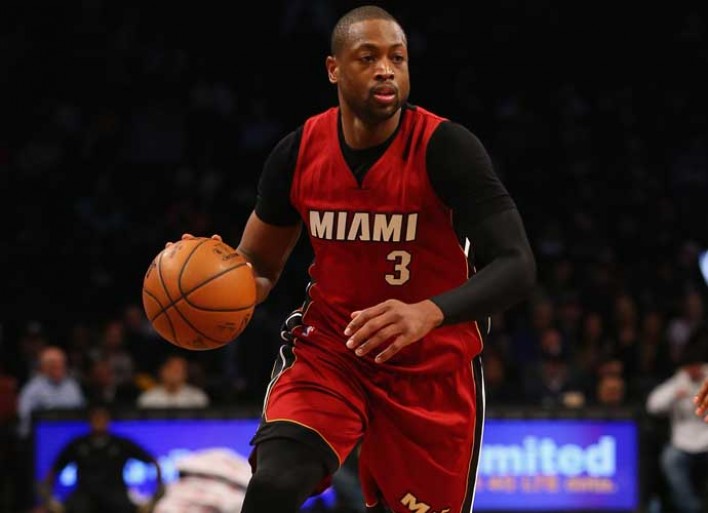 In an off shooting night for both the Miami Heat and Indiana Pacers, the Heat relied on their glass eaters to kickstart their rally from a 14 point deficit.

“It was rough at the beginning,” Miami coach Erik Spoelstra said. “But our guys just stayed the course.”

“What’s going to break us?” Dwyane Wade said. “That’s the character of this team. We’re tough.”

Goran Dragic, was the high man for the Heat with 24 points on 10-17 shooting.  Center Amare’ Stoudemire was the only other Miami starter to shoot over 50%, and he went just 2-3 with 4 points.  The other three starters for the Heat, Wade, Gerald Green, and Luol Deng, combined to shoot 9-44 from the floor.  Deng managed to chip in 13 points while snagging 16 rebounds.  Wade earned 8 of his 16 points at the free throw line, but had a clutch layup to give the Heat the lead for good with 3:21 left in OT after he got an offensive rebound following a missed shot by Deng.

Center Hassan Whiteside, now coming off the bench for the Heat almost scored his second consecutive 20-20 game, snagging 19 points and 18 rebounds to go with 6 blocks in 41 minutes.

Paul George led the Pacers, who opened with an 11-0 run, with 31 points and 11 rebounds as most of the team struggled mightily to find their shot. Impressive rookie center Myles Turner chipped in 16 points but the backcourt duo of George Hill and Monta Ellis combined to score 8 points. Hill managed just one free throw and Ellis labored through a 2-17 shooting performance.  Ellis had a chance to give the Pacers the lead with one second remaining after getting fouled by Wade. Ellis split the free throws and the Pacers had to settle for overtime.