Mets Pitcher Noah Syndergaard Is Headed To DL Once Again, But Not For the Reasons You Might Think - uSports.org 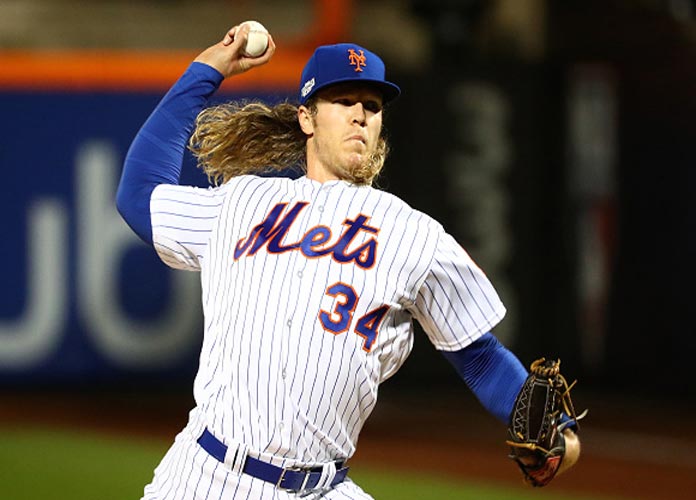 Mets Pitcher Noah Syndergaard Is Headed To DL Once Again, But Not For the Reasons You Might Think

New York Mets superstar pitcher Noah Syndergaard his headed to the disabled list again, but not for the reasons you might expect. Syndergaard has been somewhat injury prone over the course of his career, mostly in regards to the elbow on his pitching arm, various issues with which have resulted in multiple DL stints for the right-hander. However, it’s not his elbow that concerns Thor and his team: it’s a rather unusual illness.

Syndergaard has been diagnosed with hand, foot, and mouth disease, a virus which most commonly occurs among young children. It’s believed that Syndergaard contracted the disease while hosting a baseball camp for kids, at least one of whom was likely to have spread the disease via coughing or sneezing.

The team first realized that Syndergaard was suffering from the illness after pulling him after the fifth inning of his start versus the Yankees on Friday, July 20. They noticed blotches and blisters in his hands, which they attributed to his loss in velocity over the course of the start. Following the announcement of Syndergaard’s disease, Mets manager Mickey Callaway indicated that the illness was mostly responsible for the pitcher’s drop in velocity, saying, “During the game, he didn’t quite figure it out. He knew he had trouble breathing. I put my hands on his legs to talk to him when he came out and said, ‘Hey, man. Is everything OK?’ And I felt his leg shaking. So he was just weak and run-down, and I think the virus just took its toll.”

Callaway assured reporters that nobody else on the Mets roster or staff has shown symptoms of the disease.

Since the illness is not considered extremely serious, Syndergaard is expected to make his return as soon as he is eligible to get off the 10-day disabled list. As is the case, he is only expected to miss one start, much to the relief of Mets fans everywhere as their team continues to fall farther and farther down the standings.