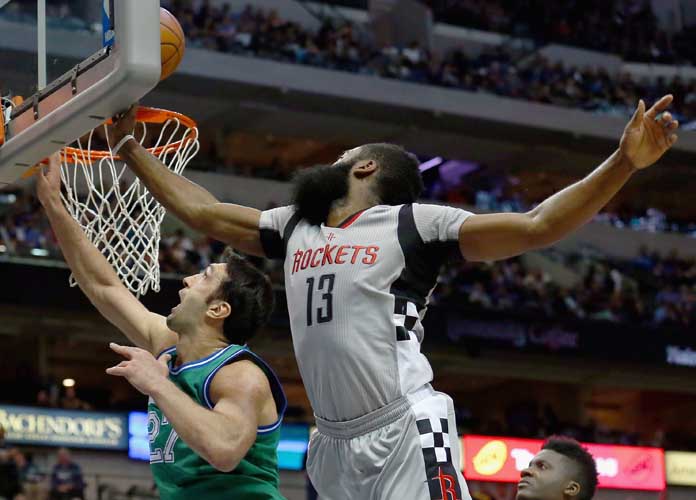 J.J. Barea scored 27 points to lead the Dallas Mavericks to an 88-86 home victory over their Texas rivals, the Houston Rockets, on Wednesday night, thus giving the Mavericks a slim lead over both the Rockets and the Utah Jazz in the race for the last two Western Conference playoff spots.

“I like to play fast, too, but slowing it down is working us,” said Barea, who had a game-high eight assists. “We’ve got to stay that way.”

Barea has been the strongest player for the Mavericks as of late, scoring 20 or more points in his last four games and averaging 24.2 points, 3.4 rebounds and 7.0 assists during the five-game surge.

The game marked the Mavericks’ fifth straight win–just one short of a season best–and put Dallas (40-38) one game ahead of Utah and two ahead of Houston with four games remaining for all three teams.

James Harden scored 26 points, while Dwight Howard had 14 points and 16 rebounds for the Rockets.

“We all know how difficult it is, how important this game was,” Harden said. “It’s not rocket science.”

Dirk Nowitzki got a key steal from Harden on a drive in the final seconds of the game as the Mavericks held on to a one-point lead. Nowitzki scored seven points on eight shots for Dallas. Devin Harris made two free throws for an 88-85 lead for Dallas with 5 seconds left.

“One of the reasons Dirk is having a hard time getting open looks is because we are playing a different style right now,” Dallas head coach Rick Carlisle said. “I am proud of our guys for being willing to be team guys and play this way. We lived to fight another day.”

The Rockets were ahead 71-70 going into the fourth after Howard tipped in a lob pass from Jason Terry on an inbounds play with just 0.2 seconds left in the third.

“They got very handsy, they did a very good job of keeping us out of the break,” Rockets coach J.B. Bickerstaff said. “They smothered us in the backcourt.”

Matthews had 16 points for Dallas, including three 3-pointers during a 15-2 run of all 3s to put Dallas up 10 in the second quarter.

The Mavericks will next host the Memphis Grizzlies on Friday night, while the Rockets (38-40) will host the Phoenix Suns on Thursday. Dallas is now ranked seventh in the Western Conference, while Houston is ranked ninth.