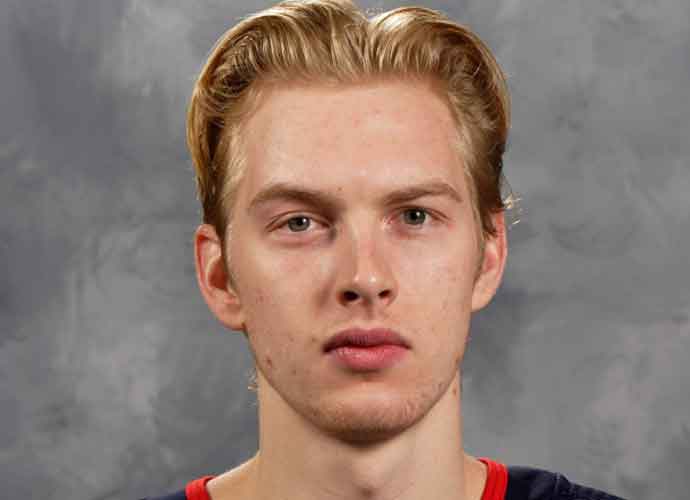 “He saved not just many lives, but when it happened, I was standing 20-30 feet back of him, and I was hugging my wife,” Merzlikins said at Kivlenieks’ memorial service Thursday in Upper Arlington, Ohio. “He saved my son, he saved my wife, and he saved me.”

Merzlikins’ wife, Aleksandra, is in her third trimester, and Merzlikins said their son’s second name will be Matiss in honor of his teammate. Kivlenieks was living in Ohio with Merzlikins, who called his fellow Latvian player “my little brother.”

Blue Jackets goaltender coach Many Legace described how close he and Kivlenieks became. “[Matiss] got to become one of my family,” he said. “He got to be a brother to my daughter and my son, a great friend to our nephew.”

Merzlikins and Kivlenieks were at a July 4 backyard party at the Michigan home of Legace. The party was also a wedding celebration for Legace’s daughter, Sabrina, who got married over the weekend. Kivlenieks died after being hit with errant fireworks that same night. A later autopsy revealed that he died from chest trauma with major damage to his heart and lungs from being hit.

“If that wasn’t me, or my wife or son, that would be 50 other people. He died as a hero, and that’s not me saying, that was the doctors saying,” Merzlikins said. “As [Legace’s daughter] Sabrina said, ‘he saved his last puck.’ I just want to let you know that he was a hero, and he saved a lot of lives. And I’m pretty sure he did that with a smile because it’s true.”

Legace spoke fondly about Kivlenieks and how close he got during their time together. “Michigan was his second home,” Legace said. “A lot of you guys don’t know, but ever since Kivi joined our organization, he would come up and live with my wife and I every summer. He became a son to us. He lived with us through the pandemic.”

Many Blue Jackets players and coaches flew in for the memorial service, as did friends and teammates from Minnesota. Kivlenieks signed with Columbus as an undrafted free agent in 2017. He started just two games for Columbus in 2021 but was expected to have a larger role next season.

Kivlenieks was only 24 years old when he died.