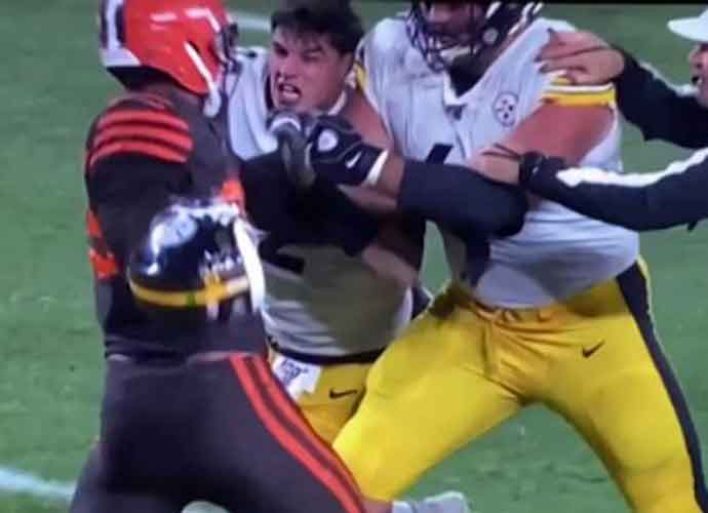 Mason Rudolph Decides Not To Press Charges Against Myles Garrett

Mason Rudolph has decided not to press charges against Myles Garrett after Garrett viciously attacked Rudolph. Rudolph, the steelers QB was hit by Garrett using the QB’s helmet. The NFL has decided to suspend Garrett indefinitely and fine both the Steelers and the Browns $250,000. Some fans believe the punishment does not go far enough and that legal action should be taken.

As for Rudolph, he believes the punishment should be in the NFL’s jurisdiction. The Steelers quarterback had been back from a concussion. Many who have commented on this situation have said that Garrett could have killed Rudolph if the helmet was swung harder.

Rudolph himself played a role in the chaos by starting the conflict. The Steelers quarterback attempted to remove Garrett’s helmet first. Some people think that Rudolph should receive some sort of punishment, however, the NFL has decided to not punish the quarterback.

Rudolph charged Garrett and that was when the Browns player decided to swing the helmet. It is fair to say that the punishment was just. Rudolph is lucky to not receive any punishment. Maybe that plays into the reason why he decided not to press charges.