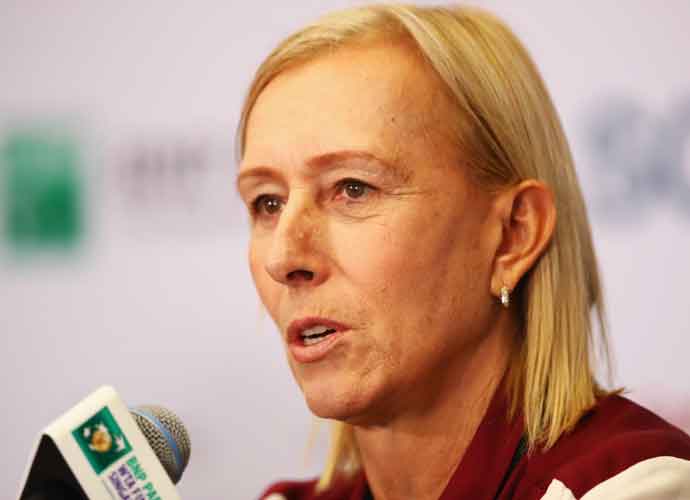 Martina Navratilova Says Margaret Court Is “Racist And A Homophobe”

In an open letter published by the Sydney Morning Herald, tennis great Martina Navratilova says that the Margaret Court Arena in Melbourne, Australia, is named after a “racist and a homophobe.”

The letter, addressed to the arena and not its namesake, is in reference to Margaret Court‘s recent comments about gay tennis players. Court, speaking with Vision Christian Radio said, “I mean, tennis is full of lesbians because even when I was playing there was only a couple there but those couple that lead took young ones into parties and things … and because they like to be around heroes and what you get at the top is often what you will get right through the sport.”

Court also made reference to Hitler and the devil while condemning gay players, and, in general, same-sex couples.

Navratilova also mentioned comments Court made in the 1970s about how South Africa dealt with racial issues well by using apartheid, as opposed to the US’s use of segregation.

“It is now clear exactly who Court is,” Navratilova wrote. “An amazing tennis player, and a racist and a homophobe. Her vitriol is not just an opinion. She is actively trying to keep LGBT people from getting equal rights (note to Court: we are human beings, too). She is demonizing trans kids and trans adults everywhere.”

In specific reference to Court’s comments about lesbian players luring younger players to lesbian parties, Navratilova wrote, “It’s a good thing she didn’t name anyone as I am pretty sure she would be sued for defamation.”

Tennis star Andy Murray has also spoken up over the past 24 hours to condemn Court’s comments and to ask the Arena to change its name – the arena hosts Australian Open matches.

“I don’t see why anyone has a problem with two people who love each other getting married,” Murray said in a statement. “If it’s two men, two women, that’s great. I don’t see why it should matter. It’s not anyone else’s business. Everyone, in my opinion, should have the same rights.”

During Court’s career, she won 24 Grand Slam titles, 11 of which were won at the Australian Open.

Navratilova finished her letter by suggesting the arena rename itself after Evonne Goolagong, a former World No. 1 tennis player and an Indigenous Australian.

Read more about:
Margaret Court Martina Navratilova Tennis
Listen to the uInterview Podcast!
Get the most-revealing celebrity conversations with the uInterview podcast!