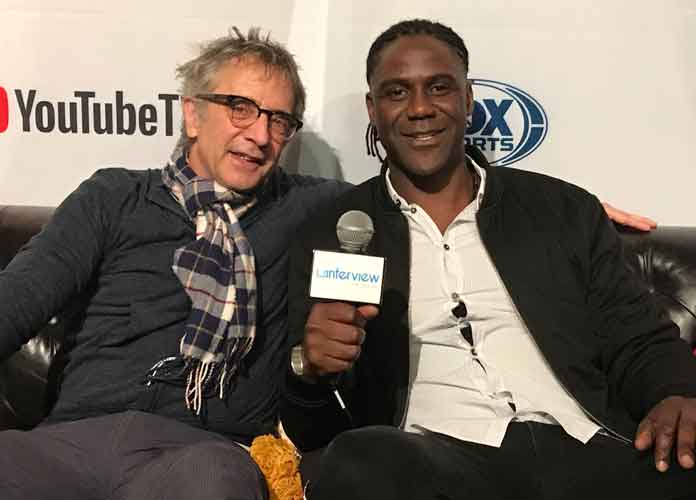 “For the past two-and-a-half to three years, we’ve been following 65 young soccer players in all parts of the globe,” said Brooks, the executive vice president of Fox Digital Studio. “We have 12 directors out in the fields who are shooting in what’s going to end up being 30 different countries, and we’ve been focused on young soccer players from the age of 17 up to about 21, 22.”

The series — set to be released in May, one month before the 2018 FIFA World Cup begins in Russia — follows, as Brooks explained, the lives of several of the world’s rising soccer stars from different nations. The five-part series is a behind-the-scenes look into the careers of young stars who play all different types of positions on the field, like Dele Alli,  Marco Asensio, Paulo Dybala, Davinson Sanchez, Gabriel Jesus, Ousmane Dembele, Leon Goretzka, Corentin Tolisso, Adrien Rabiot, Hirving Lozano and Marquinhos.

The Phenoms kickoff event was held at the South by Southwest (SXSW) Festival in Austin, Texas in March.

“We’ve made a piece of programming that supports this huge push to really expose the U.S. audience to what is the most beautiful game in the world,” Brooks added.

Melchiot, a 41-year-old former defender for the Netherlands national team, went on to reveal which particular player stood out to him, personally.

“Moses Simon… He’s one of the key players that we follow,” said Melchiot of the 22-year-old Nigerian forward. “His journey is really interesting: he’s a young kid who comes from Africa. The cool part for me is that when I got a hold of his number and rang him personally, his reaction to [me saying] ‘Hi, it’s Mario,’ and now thinking about it makes me happy. He goes, ‘Mario, I know who you are. I knew you were going to call me as well because they told me and I was excited waiting for the phone call.'”

“So I said to him, ‘I want to follow your life from where you are now, getting you to the World Cup.”

Melchiot then said that the access Simon gave him and the rest of the Phenoms crew was unbelievably great and that he looks forward to seeing him “shine” at the World Cup.

The Dutch former Ajax and Chelsea star also explained what the term “Phenom” means to him.

“For me and for us, what it takes to become a phenom is that you have to make sure that you sacrifice a lot. You leave a lot at stake, something maybe some of the kids at 19, 20 or 21 wouldn’t be choosing to do. These individuals are all taking that risk and making those choices in life where they have to go about trying to be as successful as they can, getting to a top team, and then representing their country. That is the dream, and then of course succeeding at the World Cup and making sure that you go after winning the World Cup.”

Melchiot finished by saying that the series shows the players as they are both on the field and off the field, or their “human aspect.”

“On the field, they have those eyes. I call them the ‘eyes of the tiger,'” said Melchiot. “If you don’t have them, it’s very hard for you to succeed.”