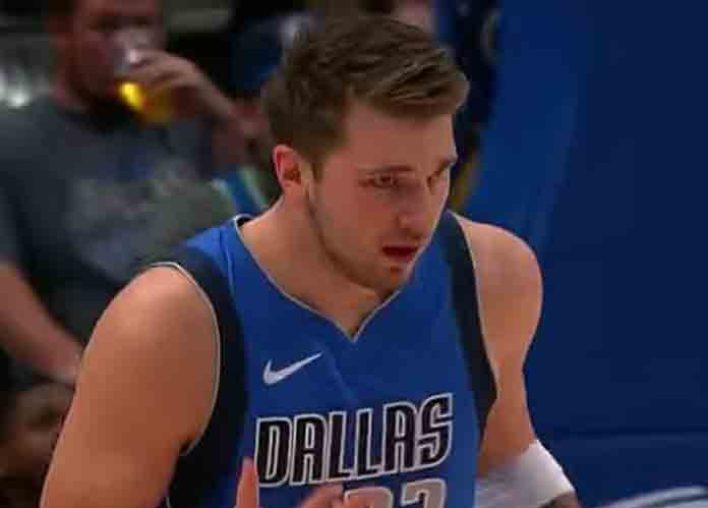 Last night, the Sacramento Kings ran roughshod over the Dallas Mavericks in the first half, pushing their lead to 20 points by halftime. In response, the Mavs mounted a staggering comeback in the second half, however, they fell just short. The Kings took the game 110-106, thus ending Dallas’ five-game winning streak.

The back and forth nature of this contest was not the main talking point, however.

With 2:48 left in the third quarter, Mavs’ breakout star Luka Doncic inserted himself into the record books by nailing a 3-pointer. With that, the 20-year-old recorded his 19th consecutive game in which he tallied 20+ points, 5+ rebounds, and 5+ assists. More notably, however, was who he beat out for longest consecutive streak with those stats: Michael Jordan.

Luka Doncic has 19 straight games with at least 20 Pts, 5 Reb and 5 Ast, passing Michael Jordan for the longest streak since the ABA-NBA merger 💪 (via @EliasSports) pic.twitter.com/0XmdCtQ5DE

At the end of the game, Doncic, clearly upset with the officials, let them have an earful. After the game, he acknowledged his frustrations out on the court.

“I know how to [approach officials], but like I say, I’m passionate. I know a lot of times I’m wrong. Persons are wrong sometimes, and I’ve just got to learn to calm myself down and go to the next play,” Doncic said.

“I don’t coach my team through the media. It’s just not the way I do things. Look, he’s a guy that gets hit a lot. People take a lot of liberties on him. I was here for 11 years with Dirk Nowitzki, who people constantly took shots at, were trying to get physical with, trying to distract him, everything else. Everybody in the league is trying to do it with Doncic, too. He’s tough. He can handle all of it, but when he comes over to the bench and he’s got scratches and blood marks on his arms and hands, I know there’s something there,” Carlisle said.

All in all, during this ongoing streak of dominance, Doncic has averaged 31 points, 10.1 rebounds, and 9.7 assists per game. Dallas has been 13-6 over this stretch.

On Friday, the Mavericks will travel south to Mexico City to take on the 9-14 Detroit Pistons, and all eyes will likely be on Doncic to see if he can add to this streak.