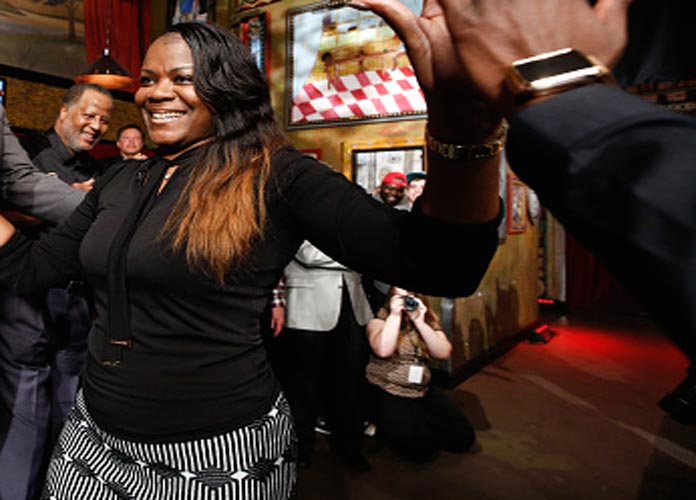 Loyola University women’s basketball coach Sheryl Swoopes is being investigated by the school in the wake of mass transfers and accusations that the former women’s hoops Hall of Famer mistreated her players.

Five players transferred just last season, according to reports, and team spokesman Leo Krause confirmed that 10 of the 12 players that were expected to return have been granted or asked for releases to transfer from Loyola, a private Chicago-area university.

The details of the alleged mistreatment have not yet been released by the university, who said Swoopes agreed to cooperate.

“Any time there are allegations of student-athlete mistreatment, it is more than concerning,” deputy athletic director Jermaine Truax said in a statement. “The welfare of our student-athletes is paramount. Thus, the Loyola University Chicago Department of Intercollegiate Athletics has asked for an independent and comprehensive university investigation into the women’s basketball program.

An anonymous source told the student newspaper that Swoopes will often “cross the line” when it comes to players’ personal lives.

“She really pushes them to the point of misery and to the point where they shut down,” the source told the Loyola Phoenix. “A lot of them feel very trapped about who they can talk to in the Athletic Department because regardless of who they choose, it usually gets back to Sheryl … And I think when it gets to that point … there is no outlet.”

Swoopes, a first-time head coach hired in 2013, is a combined 31-62 in her career. A three-time Olympic gold medalist, she won a national title at Texas Tech in 1993 and was the first player drafted into the WNBA, where she won four straight titles with the Houston Comets.

The Loyola Ramblers went 14-16 during the 2015-16 regular season and finished fifth in the Missouri Valley Conference.