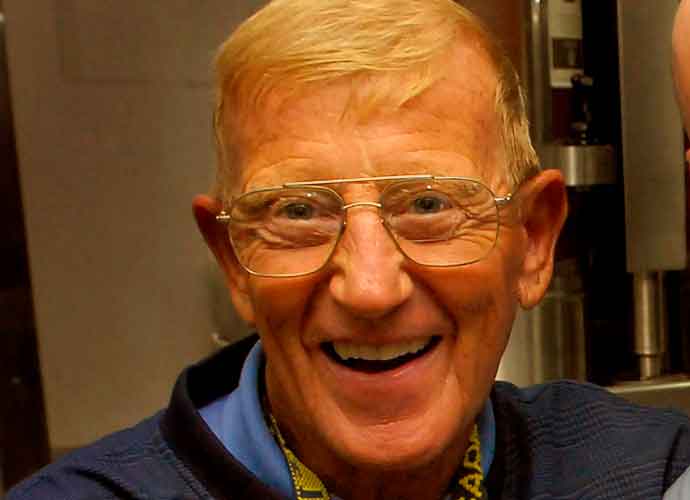 Lou Holtz has become the latest sports figure to be given the Presidential Medal of Freedom, the nation’s highest civilian award. President Donald Trump presented him with the medal in a ceremony on Thursday.

Holtz graduated from Kent State University and served seven years as an officer in the U.S. reserves.

Holtz has been an outspoken Republican. The former coach gave a speech at this year’s Republican National Convention, to show his support for Trump’s reelection campaign and attack Joe Biden. He claimed that Biden was a Catholic “in name only.” This caused Notre Dame president Rev. John I. Jenkins to release a statement to distance themselves from Holtz.

Holtz joins other sports athletes like Tiger Woods, Bob Cousy, Jerry West and Mariano Rivera as some of the athletes given the award by Trump.

Holtz said, “I’m even prouder to receive it from President Donald Trump,” and added that Trump is the “greatest president in my lifetime.”