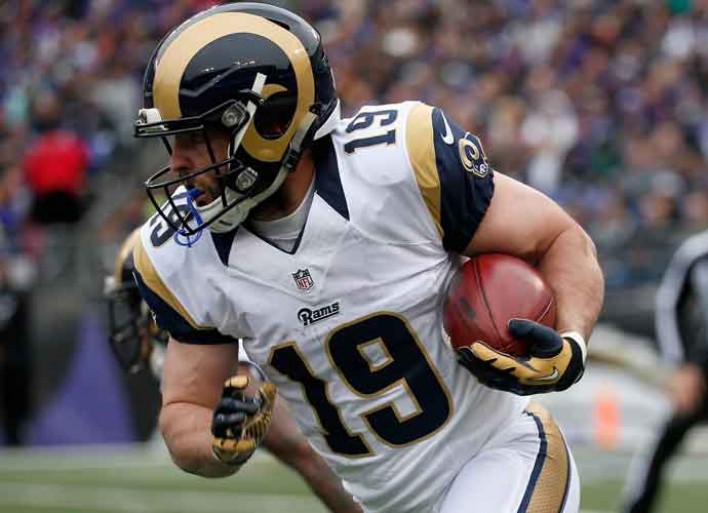 After making it to Super Bowl LIII in 2018, there was a lot of hype surrounding the Rams entering the 2019 season. Safe to say that they did not live up to that hype, finishing third in the NFC West and missing the playoffs, going 9-7. This year has me more concerned for the Rams. Part of the reason why they failed offensively is because teams started figuring out head coach Sean McVay’s system and given the lack of offseason programs this year, I don’t see them changing a whole lot. I am also weary about Jared Goff, as I don’t view him as a top-15 starting quarterback in the NFL. I think Goff has benefitted from McVay’s system and although Goff threw 50 less yards in 2019 than 2018, he threw ten fewer touchdowns and four more interceptions in 2019 than in 2018. The offense around Goff has question marks as well. The Rams released Todd Gurley and now have a rookie Cam Akers, second-year player Darrell Henderson and Malcolm Brown. Personally I don’t think those three guys combined can play at the level of Gurley. The Rams also got rid of Brandin Cooks, leaving Cooper Kupp and Robert Woods as their top two wide receivers which isn’t great. Plus the offensive line is getting up there in age in Los Angeles and we saw last season that had an impact on their performance. The defense has the best defensive player in football in Aaron Donald and arguably the best corner in Jalen Ramsey, but those two guys are just a small part of a defense that has a lot of question marks.

The Rams open their season with a tough stretch of games, not so much because of the teams they are playing, although they do play some tough opponents, but because five of their first eight games are on the road. This includes a stretch where they will play four road games in five games from Week 2 to Week 6. Fortunately for the Rams, this means that they will have more home games the second half of the season, but if they enter their bye week in Week 9 below .500, they will most likely have dug themselves too deep of a hole to get out of given how tough their division is. There are definitely some winnable games for the Rams prior to their bye. Games against teams like the Redskins, Giants, Bears and Dolphins, but they are certainly not guaranteed. It will be important for the Rams to not overlook those four teams because those games could be crucial later in the year. After their bye week, The Rams will not only have more home games, but they will also play five of their final eight games against teams in their own division. It shouldn’t come as a surprise that the games against the Seahawks, Cardinals, and 49ers will be very important for the Rams and their season. The Rams will also have to go on the road against a much improved Buccaneers team during a three week stretch from Week 10-12 against Seattle, Tampa Bay and San Francisco, playing in Seattle, flying across the country to Tampa, then back to San Francisco. Ultimately that will be what does the Rams in, fatigue from travel. The fact that they will make multiple trips across the country during the season could lead to the team being very tired toward the end of the year. The Rams have four of their eight road games where they will have to travel 2,000 miles or more, second most in the NFL behind Seattle. The Rams will also travel the third most miles in the entire NFL for their games this year, traveling just over 22,000 miles.

Despite the fatigue that may come from all their travel, I will be intrigued to see the Rams in person this year. Here are the five Rams games in 2020 that I will try to attend:

These games for the Rams have various storylines, and it will be intriguing to see how they fare. First off in Week 1 against the Cowboys, the Rams are opening a new stadium this year, SoFi Stadium, and this will be the first game in that stadium. Also, for the Rams to start out their season against a team who at least on paper is better than them in the Cowboys, it can be a huge confidence boost if they can get a win and if they can win big. Week 6 against San Francisco, this concludes that five week stretch that I mentioned earlier of the Rams having four road games in five weeks. This game is also coming on the heels of going across the country to play the Redskins the week prior, so fatigue could definitely play a factor. Oh yea, they are also playing the reigning NFC champions in the 49ers who are arguably better this year than they were last. Week 11 against Tampa Bay, this is the middle game in that gauntlet scratch for the Rams coming out of their bye in Week 9. They will play Seattle in Week 10, then the Buccaneers and then the 49ers in Week 12. If the Rams can win this game, this can be a huge momentum builder for the remaining part of their season. Also, the Buccaneers have one of the best offenses in football, or at least are projected to, so this will be a big time test for the Rams’ defense. Finally, Week 16 and 17 against Seattle and Arizona. As I have mentioned in the past, division games late in the year are always crucial for a team’s playoff hopes, and this is no different. Personally, I don’t think the Rams will be in the playoff hunt that late in the year, but who knows and those two games against division foes could boost the Rams’ playoff odds, or the Rams could play the spoiler, especially if the Seahawks or Cardinals are on the bubble, whether it be for the division or the wild card.