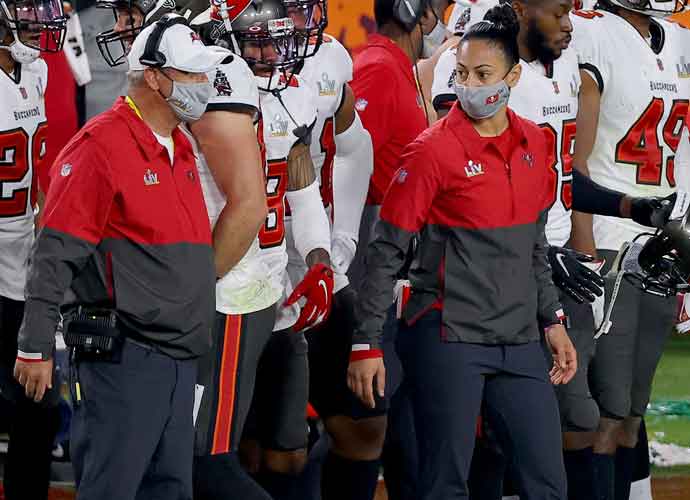 Sunday’s Super Bowl wasn’t only historic for Tom Brady. It was special for another reason, and that was because Tampa’s win meant that Lori Locust and Maral Javadifar became the first female assistant coaches to win a Super Bowl.

Locust started coaching semi-professional football at the age of 40 and has experience coaching in the AAF before interning for the Baltimore Ravens under defensive line coach Joe Cullen. Last season, Locust was signed by Tampa to become the assistant defensive line coach.

Javadifar was a former college basketball player at Pace Unversity. She has a doctorate in physical therapy, and was signed last offseason to become the team’s assistant strength and conditioning coach / physical therapist.

Bucs head coach Bruce Arians is known to be a champion of racial and gender diversity. All of Arians’ three coordinators (OC Byron Leftwich, DC Todd Bowles, Keith Armstrong) and assistant head coach Harold Goodwin are black. Arians was happy about the women breaking barriers. “It was time to knock those doors down,” he said.