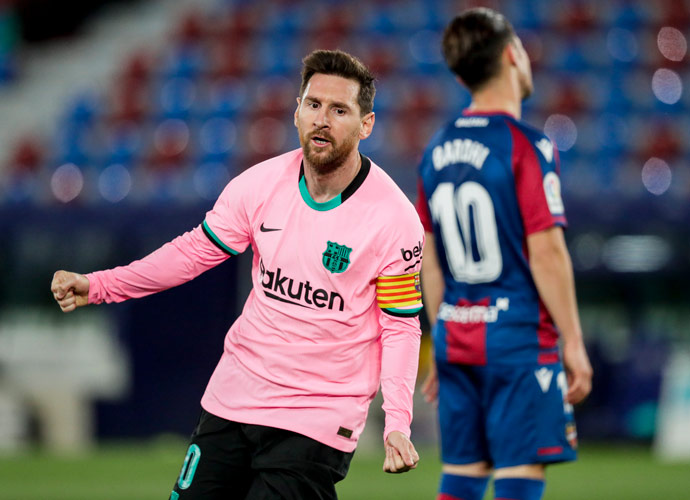 Lionel Messi will remain with Barcelona after agreeing to a five-year deal. The deal includes a 50% wage reduction and the phenom will be under contract until June of 2026. An official announcement is expected in the coming days.

Messi was a free agent after his contract with the Catalan club expired. His previous contract worth €500 million over four years expired at midnight on June 30. As a free agent, he received heavy interest from Machester City and Paris Saint-Germain. Last summer, Messi attracted the attention of the two aforementioned clubs after revealing his desire to leave Barcelona after two decades.

However, that feeling changed when former Barcelona president Joan Laporta returned as president of the club. Laporta’s return caused Messi to become more open to staying with the team. Laporta hoped to finalize a contract with the forward before his deal expired, but Barca’s financial problems made it difficult. However, Laporta’s confidence never wavered. He knew he could get the forward to remain in Barcelona.

La Liga president Javier Tebas warned Barca they will not be allowed to register Messi’s new deal if they do not reduce spending to comply with the league’s Financial Fair Play rules. Since the coronavirus pandemic, Barcelona’s spending limit has been reduced from over €600m to €347m. Further reductions are expected to be imposed for the upcoming season.

Barca must continue to reduce the wage bill and move players to register Messi’s new deal. The club refuses to rule out the departure of Antoine Griezmann, who signed a five-year contract worth €120m in 2019.

Messi is currently on vacation after helping the Argentine national team win the Copa America.