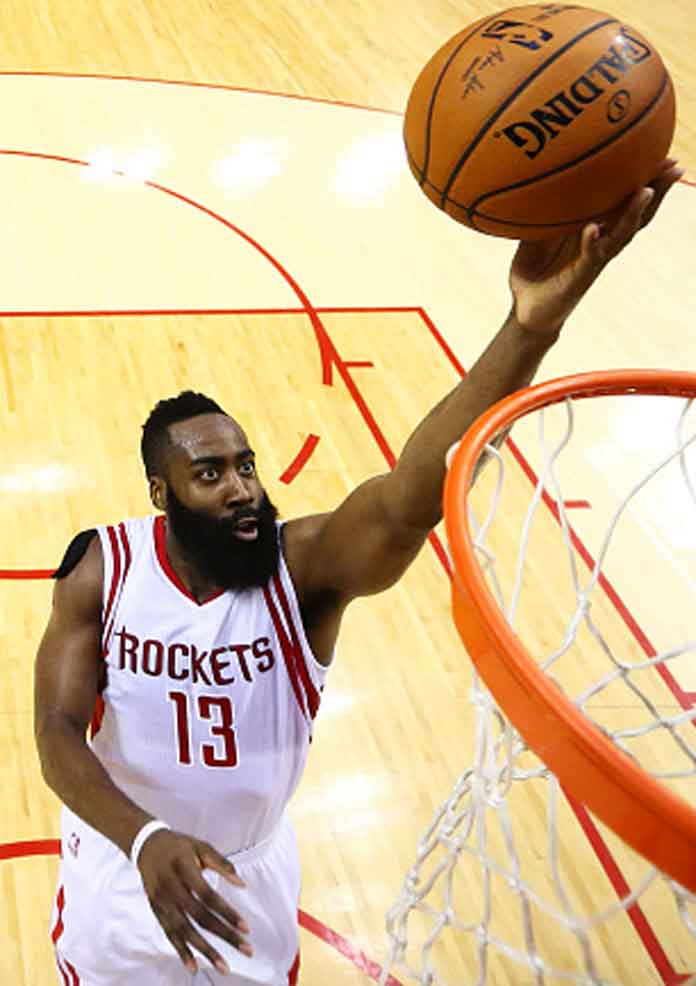 HOUSTON, TX - MAY 25: James Harden #13 of the Houston Rockets shoots against the Golden State Warriors in the second half during Game Four of the Western Conference Finals of the 2015 NBA Playoffs at Toyota Center on May 25, 2015 in Houston, Texas. NOTE TO USER: User expressly acknowledges and agrees that, by downloading and or using this photograph, user is consenting to the terms and conditions of Getty Images License Agreement. (Photo by Ronald Martinez/Getty Images)

Houston Rockets owner Leslie Alexander is selling the franchise 24 years after he purchased it, team president Tad Brown announced at a press conference on Monday.

Brown cited Alexander’s age, family commitments and philanthropic pursuits as primary reasons for the owner’s decision to put the Rockets up for sale.

“It can wear on you after so many decades:” Brown told reporters in Houston that Alexander said this to him.

The 73-year-old businessman bought the franchise before the 1993-94 season for $85 million. Forbes recently valued the Rockets at $1.65 billion, the NBA’s eighth-most-valuable team.

“It’s been my great joy and honor to own the Houston Rockets for the past 24 years,” said Alexander in an official team release. “I’ve had the incredible opportunity to witness true greatness through the players and coaches who have won championships for the city, been named to All-Star and All-NBA teams, enshrined in the Basketball Hall of Fame, and done so much for our franchise and our fans. And the Houston community has been home to me; I will continue to support the charities I have made commitments to throughout the years. I’ll always have a special place in my heart for the fans, partners, city officials and employees who care so deeply for this team. I’ve made this decision after much deliberation with my family and friends, and do so knowing the franchise is in great shape with the players, coaches and management team in place. CEO Tad Brown will oversee the sales process with the league office, supported by my management team.”

Houston won consecutive championships (1994, 1995) in Alexander’s first two seasons as team owner and has been attempting to get his team back to the top of the NBA standings for more than 20 years.

The Rockets reached the playoffs for the fifth consecutive time this year and made it to the conference semifinals before losing to the San Antonio Spurs in seven games. Mike D’Antoni, in his first season with the team, was the N.B.A.’s Coach of the Year, and guard James Harden finished second in voting for the Most Valuable Player Award.

Houston finished the last regular season with a 55-27 record, and the team also shattered records for most 3-point attempts and scores in a single season.

Harden’s six-year, $228 million deal is the richest contract in NBA history.  Besides Harden, the Rockets have also acquired Charles Barkley, Scottie Pippen, Steve Francis, and Tracy McGrady under Alexander. Chinese center Yao Ming also played with the franchise from 2002 to 2011.

New York Knicks veteran Carmelo Anthony has also been rumored to join Houston’s roster in free agency as part of a multi-team deal, and the small forward has even said he would like to join the team.

Given the Rockets’ relative success in recent years, the decision to sell the team seems shocking, and ESPN’s Adrian Wojnarowski revealed just how surprising the move felt:

Leslie Alexander’s decision to sell the Houston Rockets didn’t only surprise the rest of the NBA, it surprised those within the franchise.

In 24 seasons under Alexander, the Rockets have won 56.9 percent of their games, fifth-highest in the league. There is no timetable or selling price listed for the sale, although Alexander has said the team wants to find the right buyer and thus won’t rush the process.

HOUSTON, TX – MAY 25: James Harden #13 of the Houston Rockets shoots against the Golden State Warriors in the second half during Game Four of the Western Conference Finals of the 2015 NBA Playoffs at Toyota Center on May 25, 2015 in Houston, Texas. NOTE TO USER: User expressly acknowledges and agrees that, by downloading and or using this photograph, user is consenting to the terms and conditions of Getty Images License Agreement. (Photo by Ronald Martinez/Getty Images)