LeBron James showed another flash of brilliance Sunday night when he drove into the lane for a poster dunk on Timberwolves center Gorgui Dieng as the Lakers won 142-125 over Minnesota. James found himself with a mismatch on the perimeter and took advantage of it.

Crossing over from right to left, James had Dieng on his hip before taking another dribble and throwing down a monstrous right hand dunk.

James dealt with foul trouble only playing 12 minutes in the first half, but was well rested going into the break ahead 73-65.

He topped off the dunk with another highlight this time in the third quarter. After the Timberwolves tried to save the ball on the baseline, it was thrown back to James who pulled up for a tough angle shot 30 feet from the basket with a fresh shot clock and nailed it. James has been averaging a whopping 25.6 points, 10.7 assists and 7 rebounds per game this season. His assist average is the highest ever in his career.

Minnesota could not get stops consistently as “The King” finished with 32 points, 13 assists and four rebounds in 28 minutes of action. “For me and AD, we just, it starts with us. If we’re on the same page it makes it a lot easier for the rest of the ballclub, and that’s both on and off the floor. So we’re just trying to lead by example, lead by command, lead by our voices, lead by our play and see where it takes us. It’s been pretty good for us so far,” James said.

Anthony Davis had a season high 50 points on 68 % shooting, and did so without making a single three-pointer.

“The team was telling me, they weren’t telling me how much I had, but they were saying, ‘Get 50.’ Usually I don’t really pay attention. I just go out there and play and try to get the win. But it’s hard when your teammates are constantly reminding you, ‘Go get 50! Go get 50!’ So they made sure I was constantly reminded,” Davis told ESPN.

Any questions about how this year’s team would mesh have been answered. The Lakers are now atop the Western Conference standings with a 21-3 record having won four in a row and 14 of their last 15 games with no signs of slowing down.

Let ‘em know where you dropped it off, @KingJames. pic.twitter.com/BEkHMhGDKr 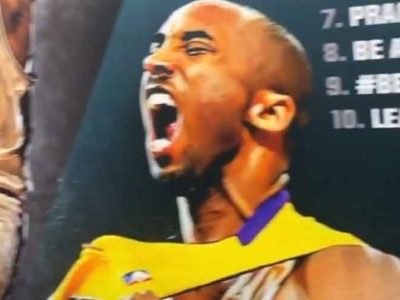